Collecting rose hips for drying is necessary from mid-September to the first half of October. At this moment, the berries are fully ripe, they are rich in color and contain the maximum amount of nutrients. It is impossible to hesitate with the collection, since the first frosts have a bad effect on the composition and taste. Overripe fruits lose vitamin C and cannot be stored for a long time.

What kind of rose hips can be collected

For harvesting, you need to choose fruits that meet several criteria at once:

Is it possible to collect rose hips after frost

There are folk "legends" that wild rose can be harvested after frost. But due to a decrease in temperature, many useful substances are destroyed. Berries lose their taste, they start to taste bitter. In addition, they may deteriorate a little, and as a result, the finished product yield will decrease.

Is it possible to collect green unripe rose hips

Unripe, greenish or not too bright fruits should also not be picked. Unlike ripe berries, they are not rich in vitamin composition. The taste and aroma of such a rosehip is not so bright.

Is it possible to collect overripe fruits

You can also take overripe (soft) berries. They have much less vitamin C, but more sugar. Therefore, such fruits are noticeably tastier. They are often used to make jams or fruit drinks.

Attention! Overripe rose hips take longer to dry and can go bad pretty quickly. Therefore, it is better to use them first or immediately send them to workpieces (jam, compotes and others). 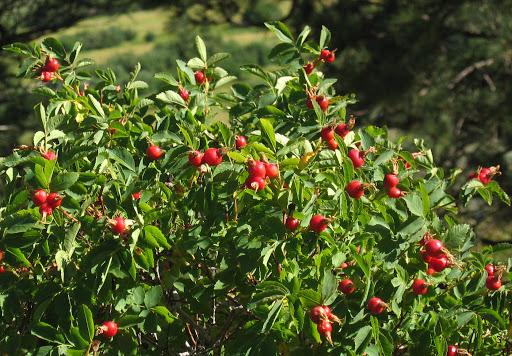 For drying, it is advisable to use only ripe berries, but not overripe and not affected by frost.

Usually, the harvesting of berries begins at the end of the season. The specific dates for collecting rose hips depend on several factors:

When to pick rose hips

The plant blooms at the end of May - the first half of June.It is at this time that flowers should be harvested. They are taken fresh, not wilted. It is important to be in time before the petals begin to fall.

When can you pick rose hips?

Ripening of berries begins from late August (third decade) to mid-September (15-20 days). Therefore, the optimal collection period is from the last days of September to mid-October. The fruits retain their best consistency, color and nutrients at this particular time. Often you have to hurry up with the collection because of the onset of frost, which can come even in September.

When to collect rosehip leaves for tea

Leaves are recommended to be picked during flowering (from late May to mid-June). At this moment, they accumulate the maximum amount of nutrients and do not deteriorate. For collection, they choose dry weather, and they go out in the afternoon or in the evening, so that the morning dew has time to dry completely. Harvesting after rains is not recommended. Wet raw materials take a long time to dry and can become moldy during storage.

When to harvest rosehip root

Rosehip roots need to be harvested for the winter 2 times a year:

At these moments, the rhizomes are strong enough, since the plant either has not bloomed yet, or has already given up the berries and stopped growing on the eve of the winter period.

When to collect rose hips for drying in the suburbs

In the Moscow region, the collection begins in the second half of September, and ends in October. This is an Indian summer lasting 1–2 weeks. It is best to have time at this moment - the berries will ripen and will be perfectly dry. When planning your collection day, it is recommended to be guided by the weather forecast.

In the Moscow region, rose hips are harvested from mid-September to the first half of October.

When to collect rose hips in the Urals

In the Urals, fruits are harvested before the onset of frost: it is better to be in time at the beginning of the first autumn month. If the weather forecast is unfavorable, the procedure begins at the end of August.

When to collect rose hips in central Russia

The time of collecting rose hips in the regions of central Russia is exactly the same as in the Moscow region: from mid-September to the first half of October inclusive. During the same period, berries are harvested in the Black Earth Region and other areas of the Central Region of Russia.

When to collect rose hips in Siberia

In Siberia, wild rose is torn for drying from the end of August to the first half of September. At this moment, the summer has not yet receded, frosts and prolonged rains are unlikely. If delayed to a later period, the berries may suffer from cold temperatures.

How to collect rose hips correctly and faster

The collection is carried out on a fine, clear day. It is advisable to do this not in the morning, so that there is no dew on the fruits. There should be no rain the day before - it is optimal if the berries and flowers are completely dry. You need to work with raw materials carefully in order to keep them intact.

How to pick rose hips

You can pick rose hips for drying:

The technology is the same - the flowers are taken together with a part of the peduncle (not too large, 2 cm). During collection, make sure that the inflorescence retains its integrity, and the petals do not fly apart. They are placed in a container in several layers, and it is not worth pressing. Flowers should be kept intact if possible. Then they bring it home, lay it out in one layer and dry it in a warm room or in the open air. Depending on weather conditions, the whole process will take 3-7 days.

Flowers can be prepared in another way, sprinkling them with sugar. 400 g of sugar and 1 teaspoon of citric acid are taken in a glass of petals, mixed. Put the mixture in sterilized jars and close the lid. Instead of acid, you can use freshly squeezed lemon juice. The finished product has a pleasant taste and an interesting rose aroma.It is used to make tea and to treat sore throats and bronchitis. 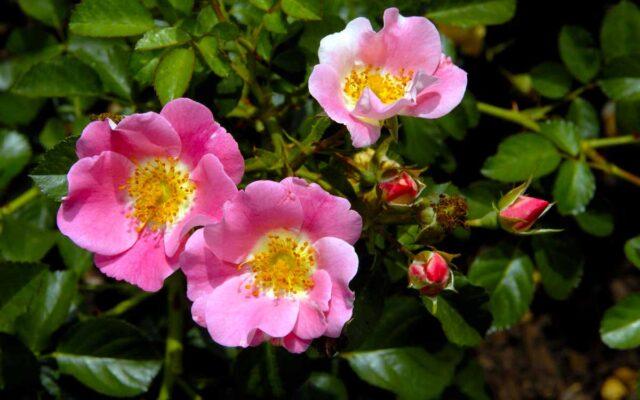 How to collect rose hips

The instructions for collecting rose hips are simple: 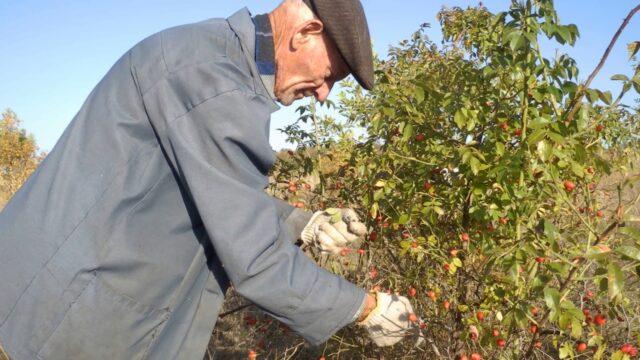 This is the traditional bare-handed harvesting method. To speed up the process, you can use the following tools:

To speed up the process, you need to collect the rose hips for drying using a 1.5 liter plastic bottle (from under the soda). 2 cuts are made in it: from the side of the bottom and the neck. Moreover, the latter should be narrow - so that only fingers pass freely, and not the palm. 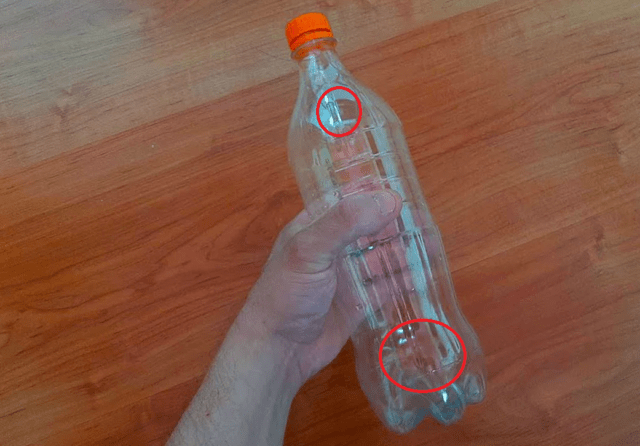 As soon as a handful is collected, they are poured into a container. The bottle has two functions:

You can also collect prickly rose hips with a hoe. It is quickly carried out along the branch, after which all the berries fall into the container. However, the shoots can be very swaying and even injure the skin, so you should constantly hold them.

It is also convenient to harvest the crop using a rake with a built-in bucket. The side with the teeth is carried along the branch, the fruits fall into the container, after which they can be quickly transferred to the main container.

The bucket is placed under the branch, and the fruits are cut with blades. You need to work carefully in order to preserve the stalk and not cut it off along with the branches, which then have to be removed manually.

Collecting rose hips for drying is recommended in September and October. This period is suitable for the Moscow region, the middle zone, the Chernozem region, as well as for the southern regions. As for the Urals and Siberia, they start harvesting in the middle - second half of September. We must try to be in time before the first frosts and lingering rains. In extreme cases, raw berries can also be taken (if they are not overripe). In this case, they are laid out in one layer and allowed to lie down for several hours in a dry room. After that, they immediately proceed to the preparation (in an electric dryer, oven or airfryer).

Recommended entries
How to dry rose hips at home
How to dry barberry at home
How to dry pears in the oven
Dried figs: benefits and harms
Dried kumquat: useful properties and contraindications
How to dry pumpkin seeds at home: in the oven, in the microwave, in a pan
Is it possible to dry boletus for the winter: rules for harvesting (drying) mushrooms at home
How to dry boletus at home
Rosehip oil: benefits and harms, instructions for use
Give feedback Cancel reply
Recommended entries
How to cut and shape a rosehip correctly: in spring, summer, autumn
What helps the beneficial properties of rosehip root
How does rosehip affect human blood pressure: lower or higher
Is it possible and how to take rose hips during pregnancy