Reproduction of chrysanthemums at home and in the garden

Reproduction of chrysanthemums is available in any vegetative way - using cuttings, dividing or layering. You can also grow seedlings from seeds, but this is a more time consuming method. Reproduction is carried out in the second half of spring or early summer.

Is it possible to propagate chrysanthemum

Chrysanthemum can be grown at home. There are several proven ways to propagate indoor and outdoor bushes:

Vegetative methods allow you to get a plant with the same characteristics as the mother bush. When chrysanthemum is propagated by seeds, the culture does not inherit all varietal characteristics. This method is very laborious and time consuming. 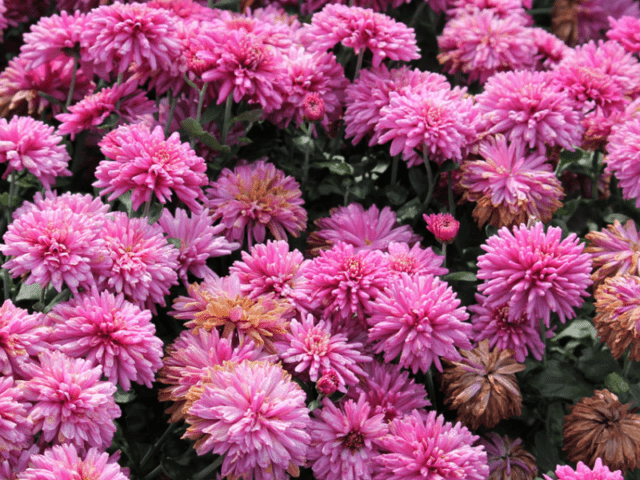 Most often for the reproduction of chrysanthemums, gardeners choose vegetative methods.

When can chrysanthemums be propagated

Crops are cultivated throughout the season. The timing depends on the chosen method, as well as on the growing conditions - in the garden or at home:

When to propagate chrysanthemum at home

At home, the culture is often bred by cuttings. You can grow a new flower both from a garden shoot and from a branch left after a bouquet.

If bred from bouquet flowers, it is better to take several branches at once. It is better to do the propagation of chrysanthemums in the fall (towards the end of October): in this case, the specific period does not matter, since the seedling will grow at home. 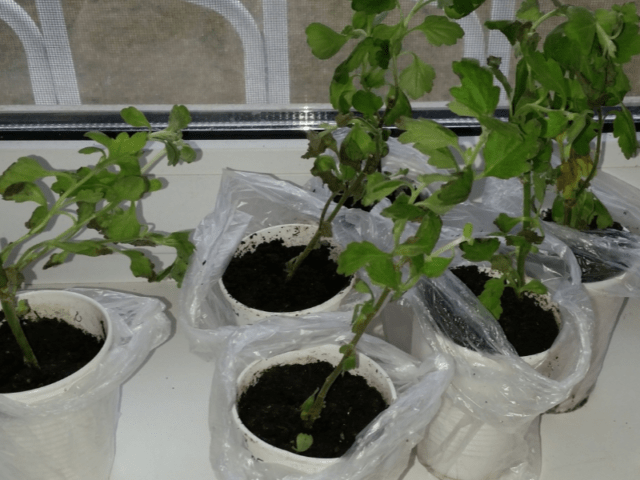 Attention! When planted in the ground, the shoots will seem weakened and wilted, but after a few months they will start growing.

When to propagate street chrysanthemums

Street chrysanthemums are successfully bred by vegetative methods, the main of which is cuttings. You should not choose apical (green) shoots, but, on the contrary, basal (lignified) ones. The sequence of actions is as follows:

Attention! Reproduction of chrysanthemum by cuttings is allowed in summer.

This is a simpler option: just break a branch 10-15 cm long, make an oblique cut and root it in fertile, moist soil, covered with a film. New shoots will appear in a month. 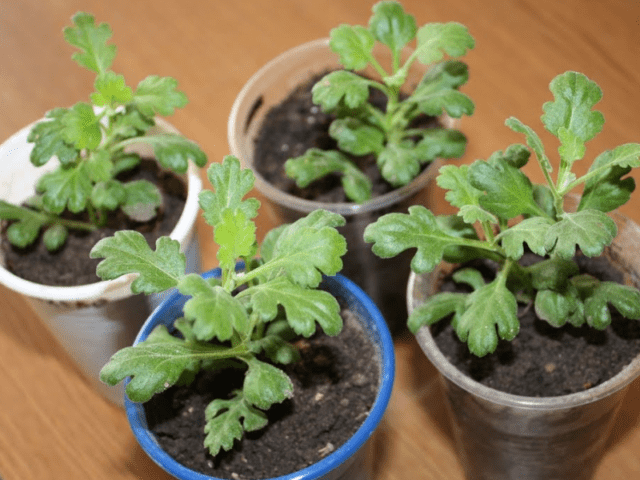 Cuttings are grown in small containers

How can chrysanthemum propagate

There are other effective ways of chrysanthemum propagation. This is getting layering and dividing the bush. To some gardeners, they seem even easier than cutting and growing seedlings from seeds.

How to plant a chrysanthemum by dividing a bush

Reproduction by dividing the rhizome is allowed only for adult bushes aged 3-4 years and older. You need to start the procedure in late April or early May. You should act like this:

Attention! Some varieties of chrysanthemums are very prolific. In such cases, you have to divide the bushes regularly - after 1–2 years.

How to properly propagate chrysanthemums by layering

Reproduction by layering is suitable for winter-hardy varieties. The procedure starts in the fall (October). They act as follows:

Chrysanthemums are best planted in light, fertile soil. Placement should be:

It is advisable to plant seedlings (cuttings, overgrown cuttings or cuttings) in open ground in spring, when the soil temperature is at least + 8–10 ° C. When planting, fertile soil is poured into a hole mixed with humus and peat (2: 1: 1), and the root collar is buried just below the surface (2-3 cm). 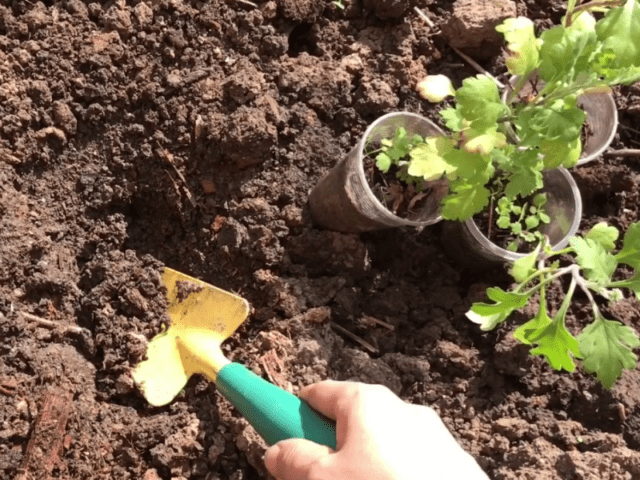 Chrysanthemum seedlings are transferred to open ground in mid-May

After planting a flower in the ground or in a pot, it needs special care:

To cope with the reproduction of chrysanthemums can not only an experienced, but also a novice florist. In order for the seedlings to take root, you need to pay attention to a few practical tips:

Reproduction of chrysanthemums is available both in the garden and at home. Getting seedlings is easy. It is necessary to transplant them into the ground in time and provide normal care. Plants develop quickly and usually bloom in the same season.