Selection of pipes for irrigation systems

Throughout the entire period of its life, the plant does not do without water. Moisture naturally flows to the roots when it rains. In dry periods, artificial irrigation is required. There are manual and automated irrigation systems that can be built at your summer cottage from plastic pipes.


If there is a central water supply in the country, it is easier to water the beds with a hose or buckets. But not every suburban area has a city water supply, and the cost of water will hit your pocket. Most often, they use their own well or a nearby reservoir for watering the garden. To simplify this whole process with your own hands, the dacha is equipped with an irrigation system. This is a kind of engineering and technical complex of varying complexity. Usually used for all irrigation systems pipes and a pump, but the control can be mechanical or automatic. Let's look at what artificial irrigation systems exist for giving.

The irrigation system that creates an imitation of rain got its name - sprinkler irrigation. To make it for a summer residence, you will need to buy a special water spray that sprays in different directions. Sprayers are connected to the pipeline using adapters. When the pump inside the system creates a certain pressure, the water sprayed in the form of rain will evenly fall on the area with the seedlings. 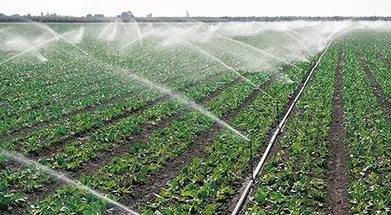 The advantage of such irrigation is to increase the humidity of the air itself. After all, the plant absorbs water not only by the roots, but also by the aboveground part. The water falling in small drops does not erode the soil, but is evenly absorbed. In the process of watering, dust is washed off the leaves, which positively affects the metabolism of the plant. Such irrigation systems are easy to automate, but use wisely over large areas, such as a vegetable garden.

The only drawback of sprinkling is the obligatory creation of a certain water pressure inside the system, plus the high cost of materials.

Advice! If your hands grow correctly, you can save well on hand-made sprayers. Craftsmen make them on lathes, weld from old car oil filters, etc. 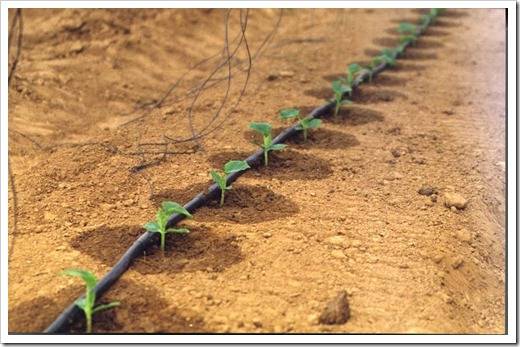 The next type of irrigation is represented by drip irrigation. That is, water is supplied in doses from the pipe directly to the plant, where it immediately reaches the roots. This significantly saves water, since the irrigated area is reduced, but the air humidity is much lower than when sprinkling. Due to the low water consumption, the system will be able to operate even from a container.

The advantage of drip irrigation is that the system's performance is less dependent on water pressure drops inside the pipeline. By expanding the holes of homemade droppers, you can adjust the simultaneous supply of different amounts of water depending on the needs of the plants. In terms of the cost of materials, drip irrigation outperforms sprinkler irrigation.

Among the disadvantages of such a system for giving can be distinguished by frequent clogging of droppers, which require constant flushing. Complex care does not always play into the hands of summer residents.

Advice! The easiest way for drip irrigation is to buy perforated plastic tapes, but they are not durable. You can make droppers with your own hands by drilling holes of the required diameter in plastic pipes. The cost of the pipes themselves will cost more, but they will last for many decades. 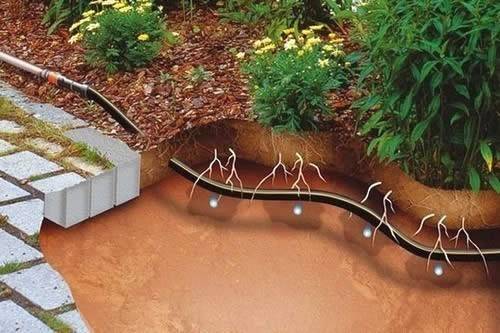 The next irrigation system involves watering the plant at the root. It is made from a special porous tube called a humidifier. The pipes themselves are not laid on the surface of the soil, but buried. Through the pores, water seeps into the soil, falling directly under the roots of plants.

The advantage of the root irrigation system is the same economical water consumption. It can work even from a small capacity. Moisture does not come to the surface, which is why it does not evaporate. Due to the fact that the top layer of the earth remains dry, a crust does not form on it, requiring fluffing.

Among the shortcomings, one can single out the same difficult care due to contamination of the droppers, plus the difficulties of the operation itself. On sandy soils, the system will not work, therefore it is not used here. Another disadvantage is the high cost of porous tubes.

Advice! As with drip irrigation, porous tubes can be made by hand. To do this, it is enough to drill holes in the plastic pipes.


If you decide to make an irrigation system with your own hands in the country, you should stop your choice only on a PVC pipe. It has many advantages and, most importantly, the pipe does not rot. It is very easy to assemble an irrigation system from plastic pipes in the country, since reusable fittings are sold for its installation. The whole system is assembled as a constructor without the participation of a welder. If necessary, the same fittings can be unscrewed to clean the system or move it to another location. PVC pipe is very lightweight, it allows one person to work.

Advice! When laying the pipe underground, the color of its walls is not important. When the system is designed for overground pipework, it is best to opt for dark, opaque plastic. This will eliminate the growth of algae inside the tubes.

The video shows the elements for the installation of irrigation:


In terms of popularity, the drip system is gaining momentum, so we will consider the manufacture of country irrigation using this example. It should be noted right away that the main line must be laid from thick-walled PVC pipes of a larger diameter. For all branches, a thin-walled pipe of a smaller diameter will go to the beds.

The installation procedure is approximately as follows: 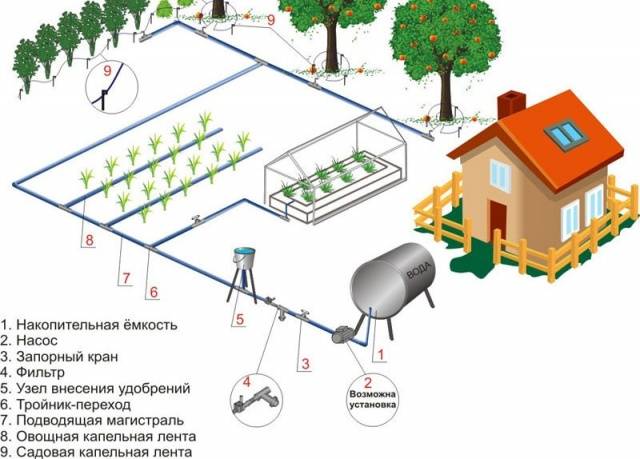 For branches, you can use perforated PET tapes, but they are short-lived, so it is better to take a thin-walled polyethylene pipe and drill holes in it opposite each plant. They can be left that way for the sake of saving money, or you can screw a purchased dropper into each hole. Alternatively, medical droppers are suitable for watering. Now it remains to fill the water tank, open the tap and check the system for operation.


The dacha irrigation system can be controlled manually or automatically. The first method is cheaper, and the second allows you to appear less often in the country to water the garden.


It is very easy to make manual control of the irrigation system. It is enough to put ball valves on all pipeline lines and open and close them as needed. Most of all, manual control is suitable for drip irrigation that works without a pump. Water flows through the pipeline by gravity due to the pressure created by the total mass of liquid in the tank. The advantage of manual control is low cost and independence from electricity. The disadvantage can be called the constant presence of a person in the country to turn on watering. 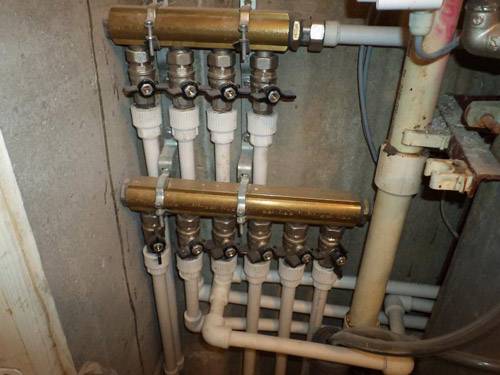 
To create automated irrigation, you need a special device like a computer to program the process. On all branches and the main line of the pipeline, instead of ball valves, solenoid valves are installed, connected to a computer. With software control, the valve is triggered at a specific time, opening or closing the water supply. The system can be programmed for several days, and it will work without human intervention. Pump operation is also included in the programming system.

Considered in this state, automated control is ineffective. The program will turn on the water supply at a given time, even in the rain, when it is not needed. Correct operation of the system is possible only in conjunction with soil moisture sensors and an atmospheric precipitation controller. By signals received from them, the computer will know when, where and how much to water.

The fully automated system is very smart and will run smoothly when water and electricity are available. However, the costs for it will be large, and for the installation of sensors and the entire electrical circuit, the participation of a specialist will be required. 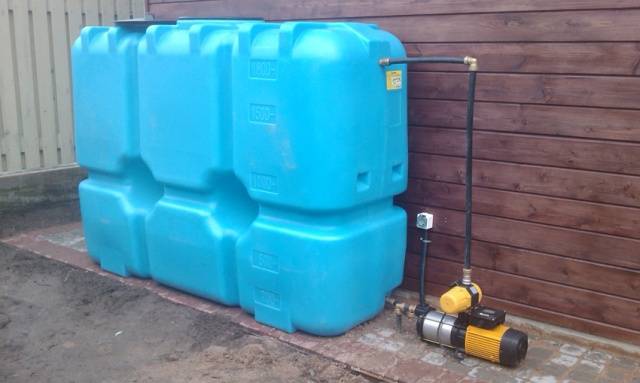 The use of a container in the irrigation system is justified by the uninterrupted supply of water, plus it will be warm, which is beneficial for plants. It is better to install the tank from stainless steel, since ferrous metal is susceptible to corrosion. The crumbling rust will clog the main components of the system. A black plastic container is considered the cheapest and best option for giving. The water inside the tank will quickly heat up from the sun's rays. It is undesirable to use transparent tanks due to the formation of algae inside, which, like rust, will clog the entire system. The volume of the tank is selected according to the size of the site, for example, for 2 acres, a container with a capacity of 2 m is suitable3... Water is pumped into the tank with a pump from a well or a centralized water supply system.


The use of pumps in the suburban irrigation system is mandatory. Sprinkling without water pressure, in general, will not work, and for drip irrigation, you still need to pump up the tank. 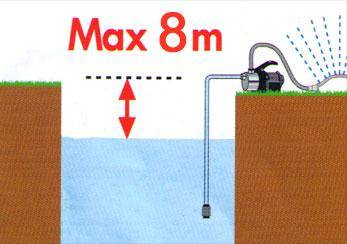 Surface pumps are installed on land. They are capable of lifting water from a well or sucking it in from reservoirs and supplying it to a pipeline. The suction of water takes place through a submerged pipe with a valve at the end. 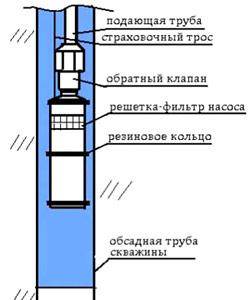 Submersible pumps are also called deep pumps. They are tied to a cable, after which they are immersed in a well, reservoir or any other source of water intake.The unit is convenient to use in landscape design due to its invisibility on the surface.

How to care for your irrigation system 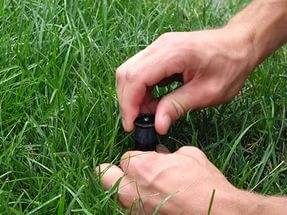 In any irrigation system, drippers and spray nozzles are most likely to clog. Caring for them involves removing blockages.

Cleaning is done in the following ways:

The main care process is the complete disassembly of the system when cold weather sets in. The pipes are washed with clean water, after which they are removed to a warm room. If the pipes are buried in the ground, they are not afraid of frost and let them stay for the winter.

As you can see, any irrigation systems can be independently made in the country. Their care is minimal, and the comfort of use is maximal.