How to make a toilet in the country odorless

The advantage of a country toilet is that it can be quickly built on the site and, if necessary, rearranged to another place. This is where the advantages of a street bathroom end, and big problems begin. The cesspool fills with waste over time. It must be pumped out or a new one must be dug, and the old one must be preserved. With the onset of heat, the smells from the toilet spread throughout the territory of the cottage, spoiling the rest of the owners and neighbors. According to new technologies, a toilet was made for a summer residence without an odor and pumping out, saving the owners of the suburban area from these problems. 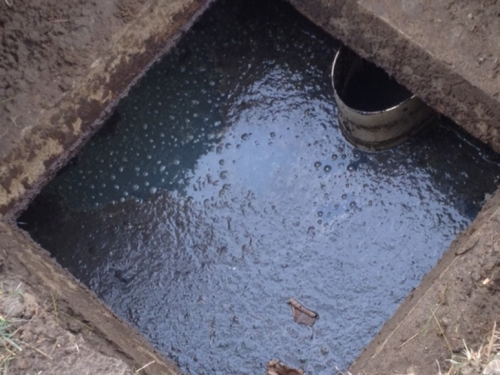 A cesspool is being dug under the summer toilet in the country. The reservoir serves as a waste accumulator. To reduce the spread of bad odors and prevent soil contamination, the cesspool of the country toilet is made sealed from the bottom. However, such a reservoir fills up quickly and needs to be pumped out. The problem is especially noticeable if the sewer from a residential building is connected to the pit.

Many owners of summer cottages make the drainage bottom of the cesspool. For the first few years, the liquid is freely absorbed into the soil, and the solid fractions settle to the bottom. With an increase in the sediment, the siltation of the cesspool begins. The summer resident has even more problems with cleaning it than with an airtight tank. Sludge with solid waste must be removed, after which the filter bottom must be restored. 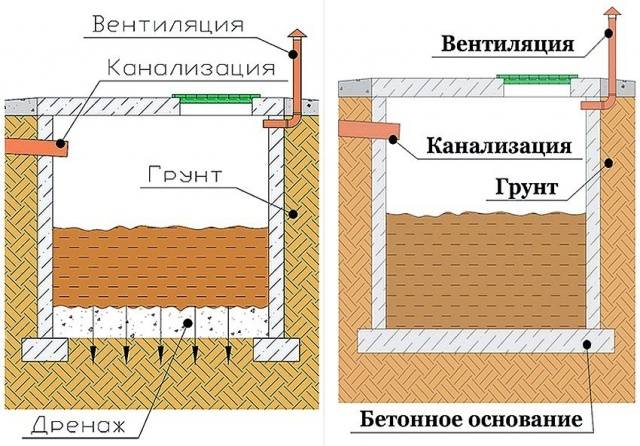 The main disadvantage of using a cesspool in the country is as follows:

Attention! The use of a cesspool in winter, if there is a sewage system in the country, requires taking care of the insulation of the tank. Otherwise, in severe frosts, there is a threat of freezing of liquid sewage. As a result, the use of the country sewage system becomes impossible.

Having installed a toilet for a summer residence without an odor and pumping out on his site, the owner bears certain costs only at the initial stage. But he gets clean air, and also gets rid of the extra costs for pumping out the cesspool.

Options for arranging an odorless country toilet and frequent pumping


So, it's time to consider possible options for how to make an odorless toilet in the country, and so that it would have to be pumped out as rarely as possible. You can replace the cesspool in the country in the following ways:

The choice of each of the methods depends on the seasonality and the number of people living in the country, as well as financial capabilities. 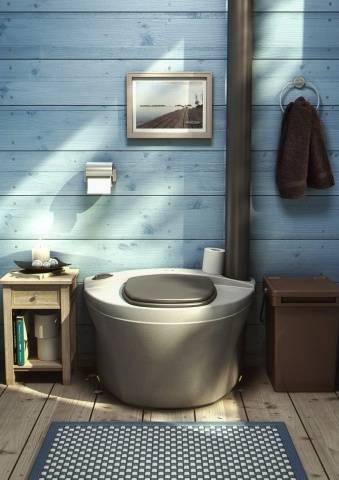 Buying a peat bathroom will help you organize a cheap, odorless toilet in your country house. If desired, such a dry closet can be made independently. The essence of the functioning of the toilet is the presence of a small waste container. It is installed under the toilet seat. After visiting the dry closet, a person sprinkles the waste with peat. At the store peat toilets there is a mechanism that does the dusting job. In a homemade version, the peat is covered manually with a scoop.

Important! Cleaning the capacity of the country dry closet must be done every 3-4 days. Waste is taken out on a compost heap, where it is additionally sprinkled with earth or peat on top. After decay, a good organic fertilizer is obtained for a summer cottage.

The peat dry closet has a compact size. It can be placed anywhere, whether it is a designated corner inside the house or a booth exposed on the street. A dry closet is irreplaceable at a summer cottage with high groundwater, since it will not be possible to dig a cesspool here. The disadvantage of a peat toilet is the impossibility of connecting a sewer. If people live in the country in winter and the house has a sewerage system with connected water points, the dry closet will have to be abandoned.

Advice! The peat dry closet will not emit odors, provided ventilation is provided. When using the toilet seat inside the house, the best option would be to equip the forced ventilation of the bathroom.

Overflow septic tanks - a modern solution for a country bathroom 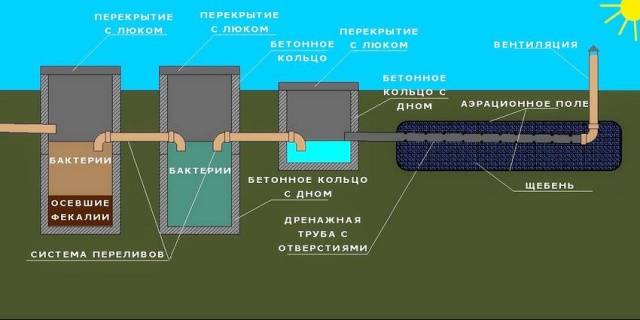 With year-round living in the country, it is ideal to acquire a septic tank. This will already be a real toilet for a summer residence without an odor and pumping out, capable of processing a lot of sewage. A septic tank can be bought ready-made or made yourself from any containers. Suitable for work are concrete rings, plastic tanks, iron barrels. In general, any building material is suitable that allows you to make sealed chambers.

The size and number of chambers are calculated based on the three-day accumulation of sewage. The fact is that the waste inside the septic tank chambers is processed by bacteria in three days. The size of containers for this period should be enough to contain waste, plus a small margin is needed.

Typically, a country overflow septic tank consists of two or three chambers. Waste from the sewage system gets into the first chamber, where it decomposes into solid fractions and liquid. Through the overflow pipe, the dirty water enters the second chamber, where the second cleaning stage takes place. If there is a third chamber, the procedure with the liquid is repeated. From the last chamber, the purified water goes through pipes to the filtration field. Through the drainage layer, the liquid is simply absorbed into the soil.

Important! On clayey suburban areas and with a high location of groundwater, it is impossible to equip an aeration field to drain fluid from the last chamber. A way out of the situation can be the acquisition of a septic tank with a biological filter. It allows you to perform deep water purification, which can simply be drained into the place designated at the summer cottage. 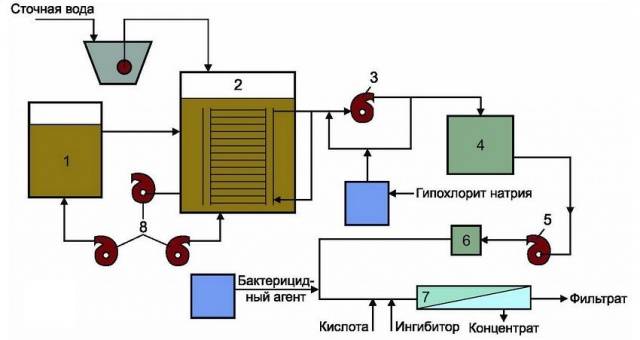 The operation of treatment systems resembles septic tanks, only with an increased number of stages for processing sewage, plus additional equipment is used. Wastewater treatment systems are complex and expensive as a country toilet, but still require attention:

Initially, any sewage treatment system is expensive, but the owner of the summer cottage will forget about the bad smells of the street toilet, and the frequent pumping out of the cesspool.

The video tells how to choose a dry closet for a summer residence: 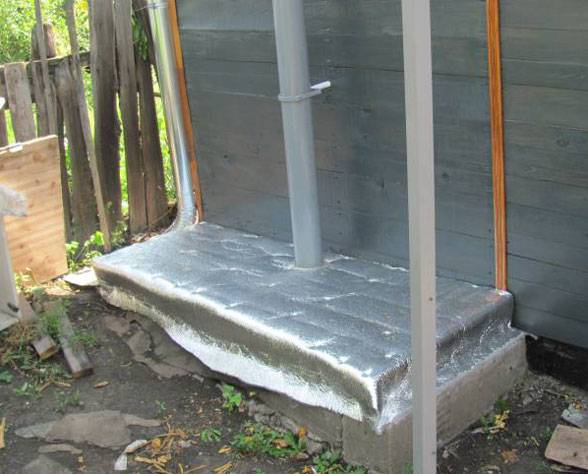 The reason for the spread of a bad smell from the toilet in the summer cottage is not only the presence of a cesspool, but also the lack of ventilation. Moreover, it is advisable to organize ventilation of the tank itself and the room where the toilet seat or toilet is installed.

The ventilation of a country street toilet is made of PVC pipes with a diameter of 100 mm. It is fastened with clamps to the back wall of the house from the side of the street. The lower end of the pipe is immersed 100 mm under the cesspool lid, and the upper edge is brought out 200 mm above the roof of the house. A cap is put on from the rain. Natural ventilation inside the house is organized with windows. A window is provided below for the inflow of fresh air, and on top - for the exit of dirty air masses. Most often, country toilet houses are equipped with one upper window. The supply of fresh air is obtained through the cracks in the doors. 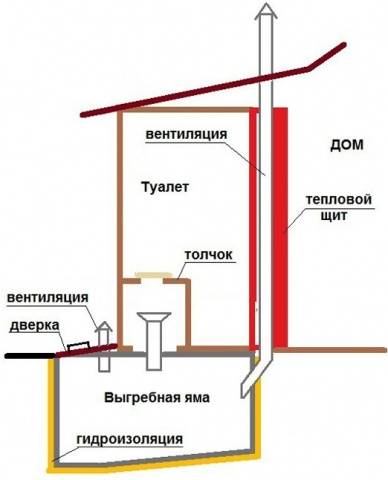 The ventilation of the country bathroom in the house is organized by installing a fan pipe. It is an extension of the sewer riser to which the toilet is connected. It is best to make forced ventilation inside the bathroom. To do this, it is enough to install an exhaust fan powered by electricity.

As you can see, if you try to be creative in approaching the issue, do not regret investing money, you can build a modern toilet in your country house that does not require frequent pumping of waste and without bad odors.