How to make beds in the country

With the arrival of spring, many novice gardeners think about how to make beds... Indeed, in fact, there are several types of ridges: warm, high, multi-level, ridges-boxes or pits. What type of beds to choose for a particular culture, how to organize the structure correctly and what are its advantages? We will try to give answers to all these questions in the proposed article.

Warm ridges are built by gardeners who strive to get the first spring harvest of vegetables as early as possible. In a sense, they are an alternative to greenhouses and greenhouses. The principle of operation of such ridges is to use the heat obtained during the decomposition of organic matter.

A warm ridge can be laid in a trench or box. The height of the sides of the structure should be approximately 50 cm. The width of the ridges can be varied. So, you can create narrow ridges 40-60 cm wide, or wide 100-120 cm. Each gardener chooses the length of the ridges independently. The sides of a warm bed can be made of slate, boards, timber. A metal mesh should be placed at the bottom of the structure, which will become a barrier to the entry of rodents. 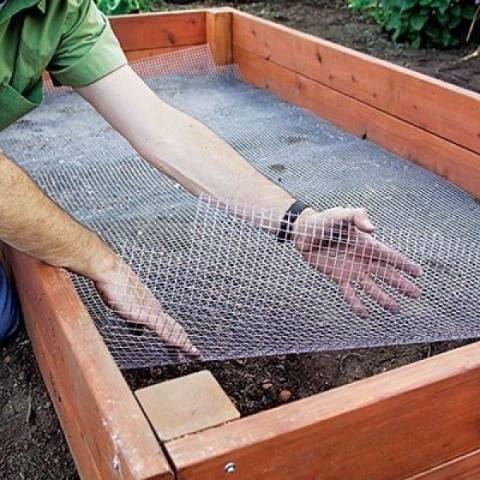 After warm bed box created, you need to fill it with layers in the following sequence:

Important! All layers of a warm bed are sprinkled with a thin layer of sand. 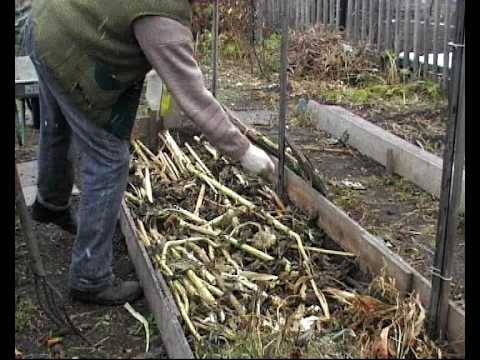 You can make beds in the garden in autumn or spring. Autumn ridges are overheated in winter in a natural way, but you can accelerate the process of decay in the beds created in spring with the help of special preparations, for example, "Baikal-M" or "Shining". They contain a large number of beneficial bacteria, the vital activity of which contributes to the accelerated decay of organic matter.

It is worth noting that warm ridges can be equipped not only in open areas of soil, but also in greenhouses, hotbeds. Information on how this can be done is shown in the video:

Warm ridges can be used for 4 years, after which they should be dismantled. Over time, the microelement composition and the intensity of warming up the soil in the box changes. That is why farmers recommend growing the following crops on them:

Heat-loving crops can be planted on warm ridges in early spring. Additionally, you can protect them from the cold using a film cover on arcs. 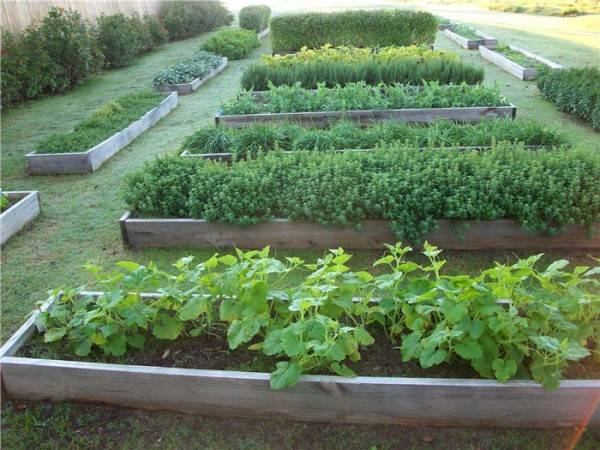 Another popular type of garden beds is high ridges. They are intended for the cultivation of vegetable crops in areas located in swampy areas and in rainy regions, as they provide good drainage.

Ridges are called tall, with a height of 30 to 80 cm. When creating high ridges, it is necessary to build a box. The material for this can be a wood board, brick, plastic, metal. The process of erecting high ridges consists of the following stages:

Making high beds with your own hands is not at all difficult. Moreover, they can grow any types of plants. You can see an example of an originally made high bed in the photo: 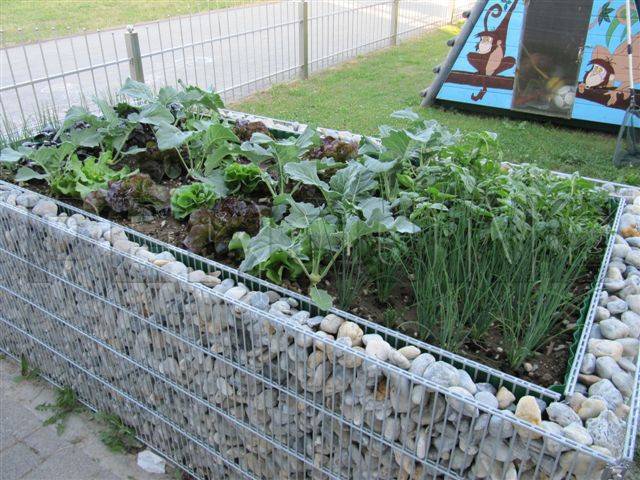 High ridges guarantee good soil drainage, facilitate weeding and plant care, and are highly decorative. This type of beds allows you to grow heat-loving plants in regions with an unfavorable climate.

This type of bed is the classic and most common. To create such ridges, no special structures are needed. Such beds in the country with your own hands are not at all difficult to make. This requires only a shovel. 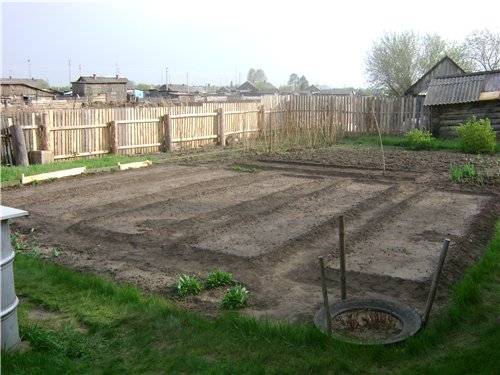 Ridges with a height of 10-20 cm are considered raised, without a special box. Depending on the preferences of the gardener, their width can be narrow 50 cm or wide 100 cm.Trenches between the beds are made with a shovel, digging grooves at least 30 cm wide.The edges of such a bulk ridge are compacted with claps of the same shovel.

These raised ridges are great for growing absolutely any crop. They are easy to water but not very convenient to weed. When placing the beds, you should take into account the peculiarities of the different cardinal points. So, thermophilic crops should be placed in the south, where daylight is maximum.

Important! Raised beds are the best option for lazy gardeners.

It is worth noting that with the help of raised beds, it is easy to create beautiful, original forms that can become a real decoration of the site. 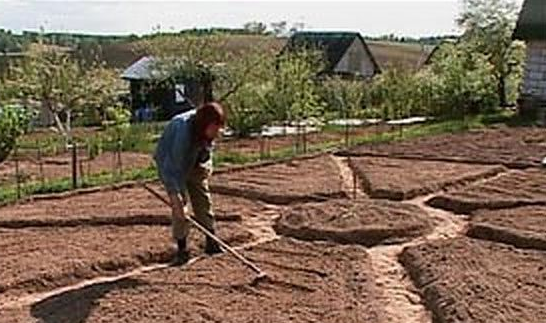 In addition to the above species, there are other, more "exotic" beds. The most famous of them are:

An example of how an unusual garden bed can decorate a summer cottage is shown in the photo below. 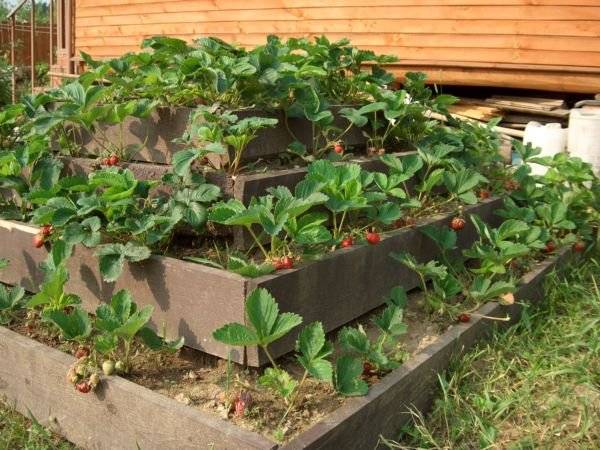 Basic principles of the device

Having determined the required type of garden bed, the farmer must also familiarize himself with the basic principles of its placement in the garden:

When creating beds in your personal plot or cottage, it is imperative to take into account the above principles. They will make it easier to care for the plants and allow you to get the maximum yield of vegetables. 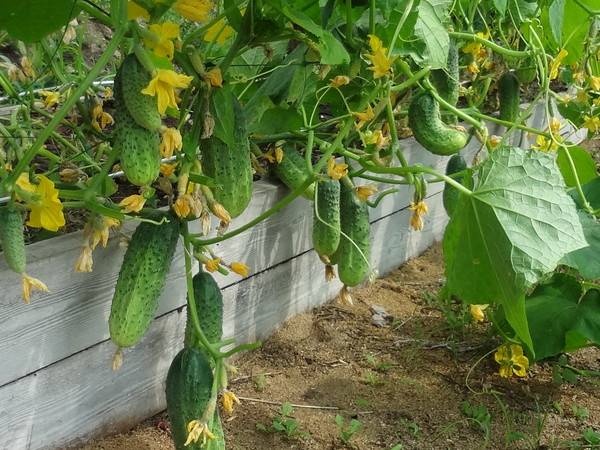 It is impossible to unequivocally answer the question of how to make the beds in the garden correctly, because there is a huge variety of different types of structures for growing vegetables. All of them can be used in specific conditions. So, you can get an early spring harvest without having a greenhouse and a greenhouse with the help of warm beds, while tall or multi-level beds will allow you to create a real architectural masterpiece for decorating a garden. The choice of this or that design always remains with the gardener.

Recommended entries
Do-it-yourself warm beds: step by step production
How to make a vertical bed
How to make wooden beds with your own hands
Garden beds made of polymer coated metal
Narrow beds according to the Meatlider method
How to make a warm cucumber garden in the fall
How to make a bed of plastic bottles
DIY brick beds
How to make a strawberry bed
Give feedback Cancel reply
Lunar
calendar 2021
January February March April May June July August September October November December
Recommended entries
Low-growing late tomatoes
Low-growing flowers for the garden, blooming all summer
Wireworm in the garden: how to deal
What grass to sow so that weeds don't grow