Chemicals build up in the soil and gradually deplete it. Therefore, many gardeners prefer to use folk methods for pest control. And if external means can be used to destroy the Colorado potato beetle, which practically do not come into contact with the ground, then this will not work in the fight against the wireworm. In any case, you have to choose between chemistry and folk remedies. The observations of many gardeners show that the wireworm does not react well to some plants, including mustard. In this article, we will look at methods of dealing with this pest using a proven folk method. 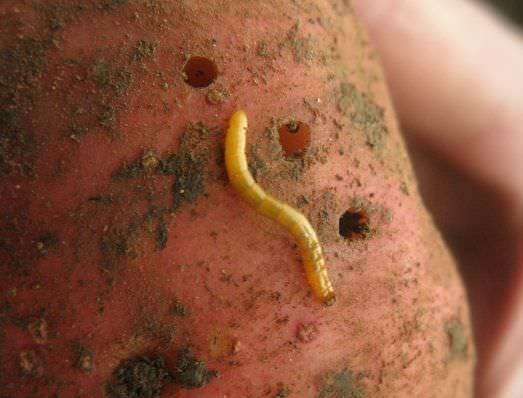 Description of the pest


The wireworm and the click beetle are one and the same. Only the wireworm is a larva, and the beetle is an adult. The pest lives no more than 5 years. In the spring, young larvae are born, which do not harm the planting of potatoes. They feed preferably on humus. The next year, the larva becomes tough and turns yellow. It is these adult larvae that feed on potato tubers. It will take another 2 years before a young individual becomes a beetle. During this period, the insect is especially dangerous for young plants.

3 years after birth, the larva turns into a pupa, and by autumn it becomes an adult click beetle. In the fifth year of life, the insect lays eggs again, and then everything happens according to the scheme described above.

Attention! The adult larva can grow up to 2 cm in length. 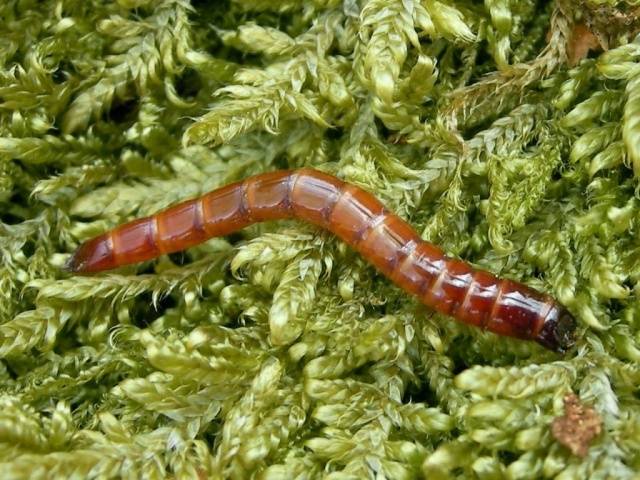 For a certain period, the larva can be on the surface of the soil, looking for food for itself. Then the wireworm can go deep inside, where it will not harm the beds in any way. During the entire season, the insect can rise outside several times. Most often, the wireworm is found in areas in the spring and in the last month of summer or early September.

The larva loves moist soil more. That is why in the midst of the heat, when the soil is especially dry, it is deeper. The insect thrives in acidic and moist soils. The appearance of a pest can be provoked by too thick planting of potatoes, the presence of a large amount weeds.

At the same time, the wireworm does not like soil fertilized with nitrogen. From the above, it follows that to combat it, it is necessary to lower the acidity of the soil. This habitat is not suitable for the normal life of the insect. 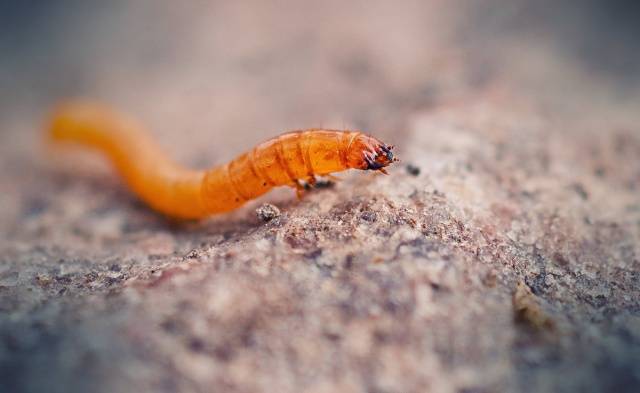 
It is only necessary to start fighting the wireworm if the insects damage most of the potato crop. The fact is that wireworms are also part of the ecosystem, and in small numbers they will not greatly harm plants.

Chemicals don't always work well. The reason is that the wireworm can go deep into the soil, where the drug simply won't reach it. For this reason, it is much more useful and effective to use traditional methods. With their help, you can significantly reduce the number of insects on your site.

The experience of some gardeners shows that mustard or mustard powder does an excellent job with wireworm. Below we will look at different ways to use mustard for this purpose.


The wireworm is afraid and does not like mustard very much. This can be beneficially used in insect control. For example, some gardeners throw some mustard powder into the potato hole. This method will not harm the soil or the potato crop in any way. So you don't have to be afraid for your plants.But the wireworm is unlikely to be delighted with such a surprise. 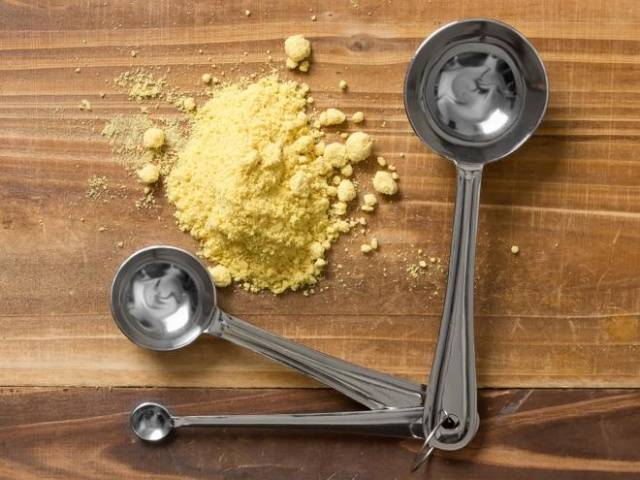 Attention! You can also add hot pepper to the powder.

How to sow mustard from a wireworm


Many gardeners plant mustard on their plots immediately after harvest. It rises quickly and covers the ground with a dense carpet. Then, for the winter, the site is dug up along with the plants. This procedure not only helps to get rid of the wireworm, but also improves the quality and fertility of the soil.

Mustard is sown around the end of August. Seeds are bought at the rate of 250 grams per one hundred square meters of land. Sowing is carried out as follows:

Important! You don't need to dig up plants for the winter.

Some gardeners leave the mustard for the winter under the snow. There it decomposes on its own until spring.

The Internet is simply full of positive reviews about this method. Many people note that the number of larvae has decreased by almost 80%. These results are simply amazing. 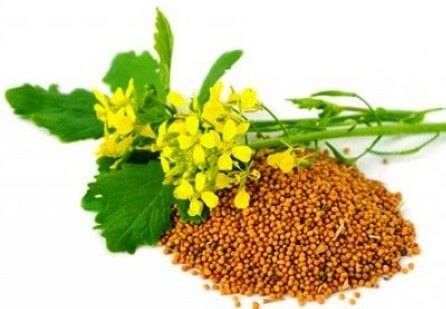 
Mustard against wireworm is not the only, but very effective means of fighting this insect. Moreover, it can be both white and dry mustard. Seeds should be planted immediately after harvest to allow plants to grow before frost. The next year, potatoes are planted on this site. In the fall, the procedure can be repeated, and so every year. Some gardeners even plant mustard seeds between the rows of potatoes. 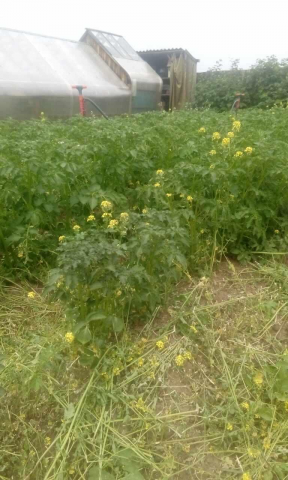 Then, when the plant grows, it is mown and the soil is mulched. Whichever method you use, you are sure that mustard will help you fight the pest.