How to permanently get rid of nettles on the site

Nettle on cultivated land is classified as an aggressive weed. It grows rapidly, occupying large areas. Useful plants that are nearby suffer from such a neighborhood, experiencing a lack of moisture and nutrition. Tall nettle bushes shade plantings and are carriers of fungal infections. Getting rid of nettles is not an easy task, but it can be solved if the event is held correctly and in a timely manner.

The root system of a mixed weed. The central thick stem is 20–25 cm deep. It produces numerous lateral cuttings up to 40 cm long. In spring, root shoots sprout from each vegetative bud. Until the end of summer, a full-fledged plant grows from the sprouts, the root of which also grows by 30-40 cm since spring. 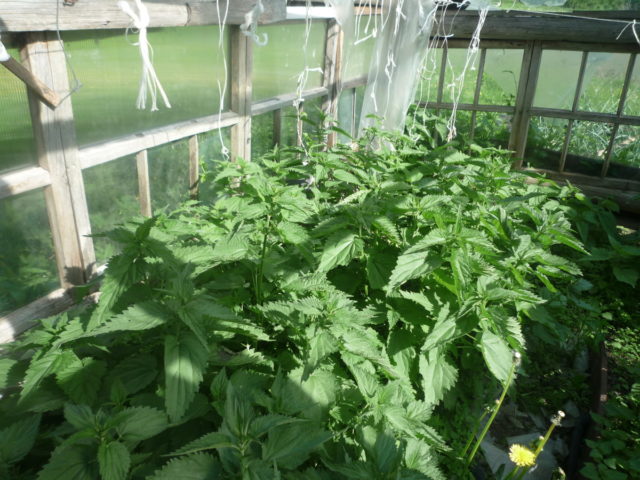 A greenhouse overgrown with nettles (pictured) can be difficult to clear of weeds. Greenhouse walls are not an obstacle to plant roots. In frequent cases, in the fall, the nettle was on the outside of the greenhouse, and in the spring it had already appeared inside. If you do not fight weeds in a timely manner, then getting rid of it in the future will be problematic.

Nettle is widespread throughout Russia except for the Far North. The plant is characterized by high frost resistance. The first sprouts appear at a temperature of + 3-5 0C, they are not afraid of a minus indicator, they grow quickly.

The difficulty of weed control lies in the rapid growth of the underground part, while the nettle recovers its population in 2 seasons, even if a small fragment of the root remains in the soil. The problem is compounded by the ability to reproduce in a generative way. The seeds ripen in late summer and are carried over long distances by the wind. The material winters calmly and germinates in spring.

Important! It is necessary to get rid of weeds as early as possible (at the beginning of May) so that they do not have time to bloom.

Nettle is classified as a medicinal plant. It is a good food base for animals, young stems and leaves are used in cooking. Leaving a few bushes for personal purposes in the garden will not work; after a few years, there will be nettle thickets on the site. You will have to make a lot of effort to get rid of it.

Weed grass grows on fertile, light soils, giving preference to cultivated ones. In the summer cottage, it is an aggressive weed that, spreading, will displace cultivated plants. During flowering, pollen causes allergies in humans; if it gets on the skin, you can get burned. 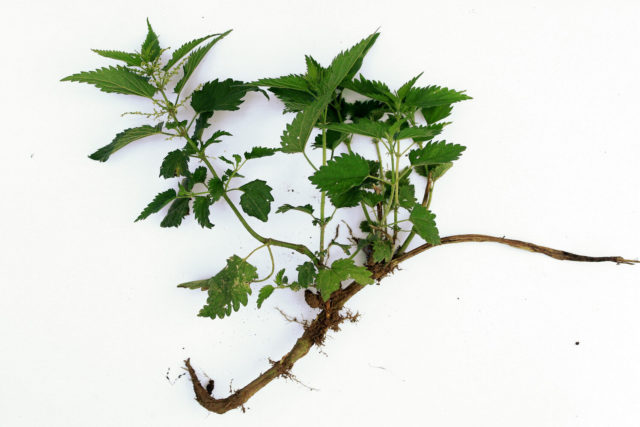 How to get rid of nettles in the area

The main condition is to prevent its growth. You can bring nettles on the site in several ways:

There are several popular recipes for weed control. The choice depends on the area occupied and the degree of population distribution.

How to remove nettles from the garden with chemicals

In addition to the unkempt appearance, the above-ground part does not bring much harm to the garden plot. To solve the problem, you need to not only get rid of the stems and leaves. The main activities are directed to the root system. Pulling out or mowing the mother plant is to improve the aesthetic appearance of the territory and nothing more, the root shoots will give new growth. To permanently remove the nettle from the garden, you can use contact chemicals. It is not recommended to use soil products on the soil used for planting vegetable crops. The decomposition time of toxic compounds of herbicides is 1.5–2 years.

Therefore, it is recommended to treat the aerial part with contact preparations. They are harmless to the soil and effective against perennial, dioecious weeds, which include nettles. The processing mechanism is as follows: 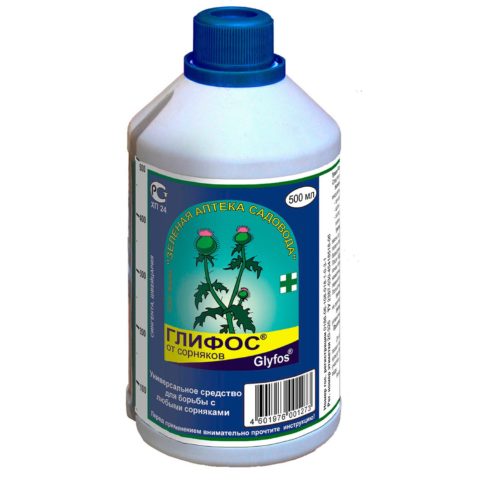 Important! The active substance of these funds is glyphosate, therefore, when buying a drug, pay attention to its presence in the composition.

How to remove nettles in folk ways

Traditional methods of weed control are effective for a short period of time; they will not be able to permanently get rid of nettles in the garden with their help. A minor, intact root patch will resume vegetation and the problem will return. Here are some tips on how to get rid of the weed:

The population will decrease significantly, but it will not be possible to completely get rid of the nettle, at first single shoots will appear, then the problem will return completely.

What plants can nettles be hammered

On farm fields, nettle is a rare phenomenon, it can be found only along the perimeter of the site, but in this case, the harm from it is small. To get rid of weeds on the treated fields, herbicides are used, crop rotation is observed. There will be no nettles on a field planted with rapeseed. Also, melliferous crops are grown, which clog weeds.

The backyard area allotted for the vegetable garden is small, so this measure is irrelevant. You can get rid of nettles in your summer cottage by planting horseradish or Jerusalem artichoke - they are more useful on the farm. They will completely displace nettles, but you need to be prepared that these seedlings will create the next problem. The question will be how to get rid of the growing replacement.

How to destroy nettles on the site using mechanical methods

Mechanical methods will help get rid of the weed if done correctly: 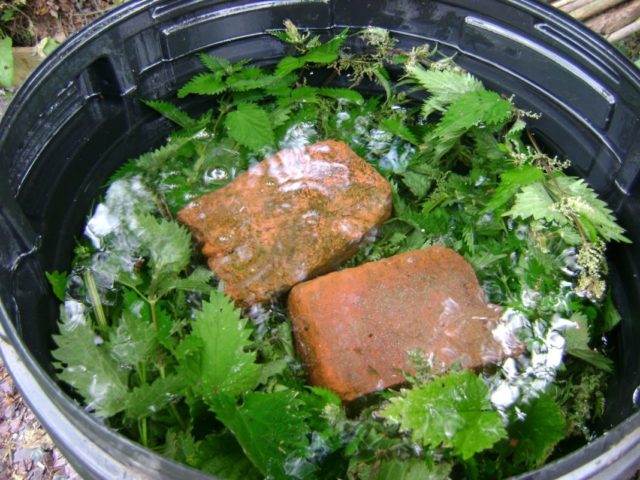 The green mass can be thrown away or chopped, filled with water, left to ferment and used as a top dressing

The main mistake in the fight against herbaceous shrubs is observed during chemical treatment. If the procedure is carried out incorrectly, you can get rid of not only nettles, but also of cultivated plants. Do not spray weeds in the wind, as it will spread the herbicide to nearby crops. It is better to use a spray gun with an adjustable atomizer as equipment for the job. If this is not possible, cover nearby plants with foil.

To get rid of the nettle, after the sprouts appear, the area is weeded several times per season. The hoe is deepened as far as the soil allows, the plant is removed with the hands along with the root. After removing the above-ground part, this place can be covered with black film, slate or roofing felt. For the winter, the site is poured with saline and covered with a layer of raw sawdust.

There are several ways to get rid of nettles on the site: by digging up the weed, using herbicides, folk remedies. To prevent the growing season from resuming, work should be aimed at removing the entire root system. Surface weeding or mowing will give a temporary result, the weed next year will not only germinate in the old place, but will also occupy a large area.