Cucumber Cedric appeared on the seed market just a few years ago, during which time gardeners were able to appreciate it. Many people liked the early maturity of the vegetable, its taste, high yield. In order for the varietal characteristics to manifest themselves as brightly as possible, you need to know the subtleties and nuances of cultivation.

The Cedric cucumber (Cucumis sativus L. Cedrik) is the work of Dutch breeders from Enza Zaden. In 2015, the hybrid was included in the State Register of the Russian Federation and recommended for growing indoors in most regions of the country. It is appreciated all over the world and is successfully cultivated in spring and winter heated greenhouses.

Cucumber of the Cedric variety belongs to the indeterminate type, its shoots are not limited in growth, if you do not pinch the tops. The foliage is medium in size, dark green. Cedric cucumber forms a little side branches. The root system is powerful enough, in unfavorable conditions it is able to provide moisture and nutrients, without shedding the formed ovaries. The plant only temporarily stops growing. The type of flowers of the Cedric variety cucumber is female. In the axils of the main stem, together with the buds, from three to five ovaries appear. Zelentsy at the time of market ripeness has a length of 12-14 cm, with an average weight of 100 g. The shape of the fruit is elongated-cylindrical. The skin is dark green, with small tubercles, white thorns and slight pubescence. There is practically no ribbing. The pulp is juicy, sweetish, dense, crunchy, with a bright aroma. 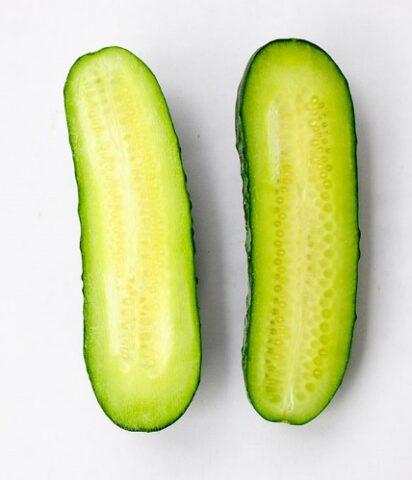 Since the Cedric variety is parthenocarpic, cucumbers give stable and regular yields in a greenhouse. Indeterminacy allows you to get a tall plant and collect the maximum number of fruits of excellent quality from one bush. The hybrid is early maturing. Transportability and keeping quality are high. It is appreciated for its resistance to major diseases - powdery mildew, cladosporium, cucumber mosaic. The purpose of the fruit is universal.

Important! Cucumber Cedric is able to bear fruit even in low light.

Fruiting lasts about two months. Yields are unaffected by temperature fluctuations and changes in growing conditions. Cucumbers of the Cedric variety ripen evenly, subject to agricultural technology from 1 m2 collect 15-18 kg. With the creation of a significant humus layer, regular watering, top dressing, the yield rises to 24-26 kg / m2.

Cedric cucumbers begin to bloom a month after germination. The beginning of intensive and friendly fruiting can be observed at 40-45 days. They are collected every two days. To remove the fruit, use scissors or pruning shears so as not to damage the shoots when plucked by hand. You need to store Cedric cucumbers in a refrigerator or basement, where the air temperature does not exceed +10 ⁰С, and the humidity is high. They are put in containers with openings for free air circulation (cardboard boxes, baskets). Pre-sorted, removing damaged or showing signs of disease. 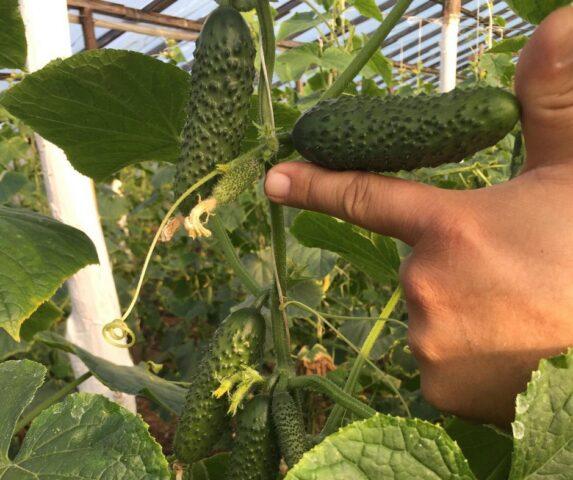 The Cedric hybrid has a high immunity to major fungal diseases. For preventive purposes in greenhouses, it is necessary to disinfect the soil by fumigating with sulfur bombs, processing with copper sulfate. The room needs to maintain optimal humidity, periodically ventilate. Crop rotation and control of nitrogen levels in the soil help to avoid diseases on the Cedric cucumber. The plant is sometimes attacked by pests. The greatest danger among them is:

Cedric cucumbers are a relatively new variety; for only a few years it has been used to obtain early vegetables on private farms and on an industrial scale. During this time, the advantages of the hybrid and its disadvantages have been revealed. 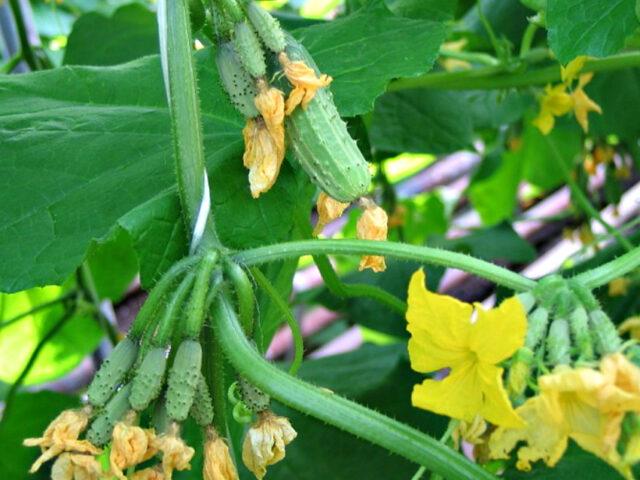 Pros of a hybrid:

The disadvantages of Cedric cucumbers include the impossibility of self-collection of seeds, since they do not retain varietal characteristics.

Cedric cucumbers can be grown in the greenhouse, in the open field, on the balcony and even on the windowsill. Its tolerance for lack of light and abrupt changes in temperature helps to grow equally rich crops in all conditions. They use both the seed method and with the help of seedlings.

The Cedric hybrid is resistant to most diseases, which makes it much easier to cultivate in the open field and plant with seeds. Choose a site that is well lit by the sun with loose, fertile soil.

Important! The place for planting cucumbers in the open field is changed annually.

Seeds of the Cedric variety do not need preliminary preparation, since they are purchased from specialized producers who carry out a complete processing of the seed. The site is dug to the depth of the shovel bayonet, removing the roots of weeds. Sawdust, peat, chicken droppings are added to the soil. Ridges with a width of 70 cm and a height of 20 cm are formed, and their surface is leveled. After warming up the air to +18 ⁰С, and the soil to +15 ⁰С, they start sowing. A furrow is made in the center of the ridge, 3 cm deep and shed with a hot solution of potassium permanganate. Seeds are laid out at intervals of 25 cm, covered with soil with a layer of 3 cm. Arches are placed on top and covered with agrofibre or film. The optimal sowing time for Cedric cucumbers in the middle lane is the end of May. They should be adjusted depending on the climatic conditions of the region. The best precursors for Cedric cucumbers are potatoes, radishes, peppers, peas, and cabbage.

Important! Film shelters must be periodically opened for ventilation. 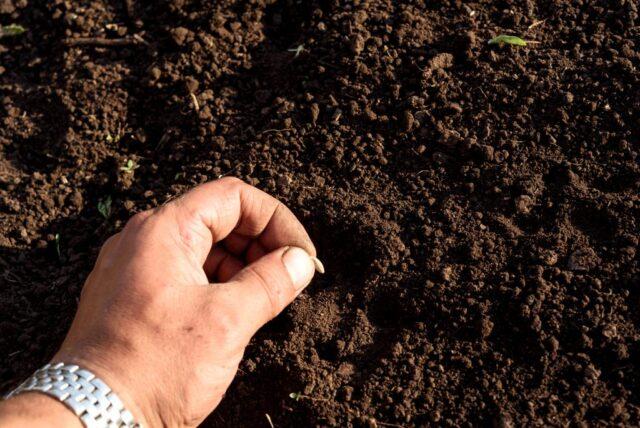 Do not grow Cedric cucumbers after pumpkin or carrots

To accelerate the harvest of Cedric cucumbers, the seedling method is used.Peat glasses, tablets, cassettes or plastic containers are taken as containers. They operate according to the algorithm:

After 5-6 days, the first shoots appear. Containers with seedlings of Cedric cucumbers are transferred to a well-lit place. The air temperature is gradually reduced to 15-18 ⁰С.

Important! With a lack of lighting, the seedlings are illuminated with special lamps, extending the daylight hours by several hours. 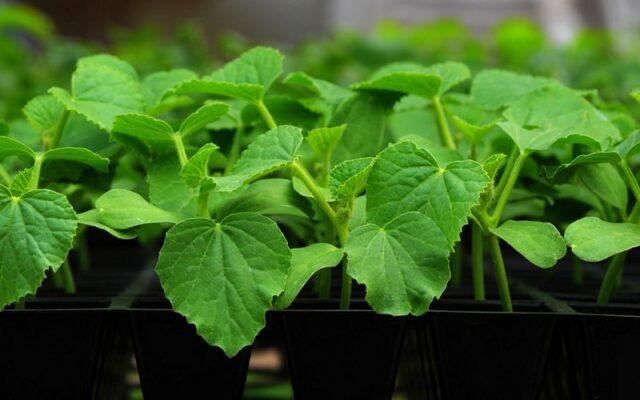 Seedlings of Cedric cucumbers are watered with clean, warm water at least twice a week

Transplantation to a permanent place is carried out when four true leaves develop on the plants. Planted in a greenhouse according to the scheme 20x50 cm, placing on 1 m2 at least three plants. Cucumbers are watered, slightly spud, create support for vertical growth.

For successful vegetation and fruiting of Cedric cucumbers, you must:

Cucumbers Cedric are fed several times - before flowering with a complex mineral fertilizer, during it - with superphosphate and urea, three times with potassium sulfate and Agricola during the fruiting period.

Plants of the Cedric variety must be properly formed: 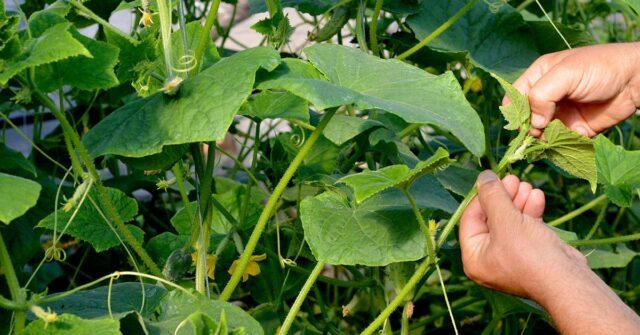 Yellowed lower leaves need to be periodically cut and removed.

Cucumber Cedric is a young, promising early variety that does not cause much trouble to grow. Experienced and novice gardeners are increasingly choosing it, since the very minimum care is enough to get high quality vegetables in a short time.

Reviews of gardeners about Cedric cucumbers

Panina Elena, Smolensk region
Seeds of cucumbers variety Cedric bought two years ago by accident, on the advice of a friend. The first surprise awaited me when all ten seeds from the pack turned out to be viable, gave good, strong seedlings. The next time the variety struck a month later - the first greens appeared - small, pimply, crunchy and unusually tasty. Since then, it is my favorite variety.
Smirnov Nikolay, Kirov
I grow the Cedric variety in a polycarbonate greenhouse. At the end of April, I plant seedlings, and a month later I pick the first cucumbers. They bear fruit for a long time. Enough for preparations for the winter, and for fresh consumption.
Recommended entries
Seeds of cucumbers of the Ural selection
How to plant cucumbers correctly
The reasons why cucumbers turn yellow in the greenhouse
Cucumbers for open ground for the Moscow region
Cucumber varieties for open ground in the Krasnodar Territory
Nitrogen-potassium fertilizers for cucumbers
Cucumber Mamluk F1
Cucumber Ladies' Man F1
Cucumber Abundant: reviews, photos, characteristics
Give feedback Cancel reply
Lunar
calendar 2021
January February March April May June July August September October November December
Recommended entries
The best yielding self-pollinated cucumbers for open ground
Feeding tomatoes and cucumbers with yeast
Cucumber varieties with bunched ovary
Cucumber Herman f1