It sounds a little intimidating, but the cucumber has been known to mankind for over six thousand years. It is quite natural that during the period of such a long acquaintance, many thousands of the most diverse varieties and hybrids were bred, helping to further reveal the excellent qualities and properties of one of the most popular vegetables. One of these properties was the ability to self-pollinate, improved and consolidated in many varieties. Self-pollinated high-yielding varieties of cucumbers for open ground are one of the most common options for solving the problems of vegetable growers characteristic of central Russia. What benefits does this quality bring in domestic conditions? 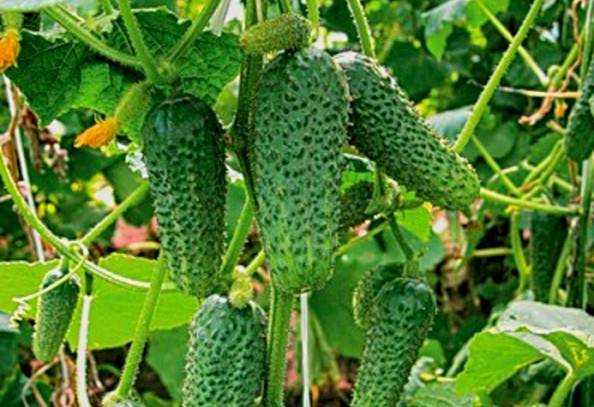 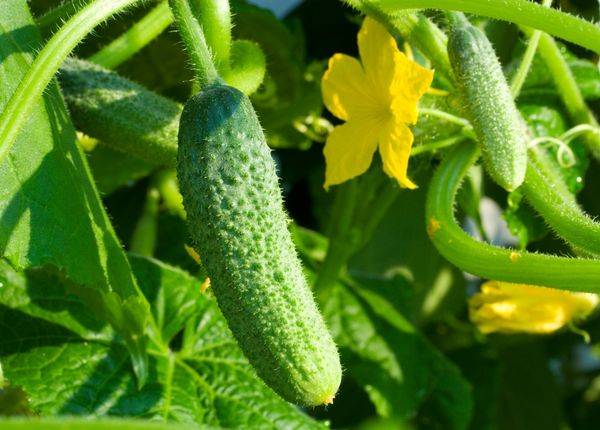 Parthenocarpic and self-pollinating varieties are in many ways similar in terms of the techniques and methods of agricultural technology used in their cultivation, as well as the advantages they have.

What are the advantages of these varieties of cucumbers, because of the presence of which they are so widespread?

Firstly, these varieties are ideal for growing in greenhouses and greenhouses, where it is not always possible to provide free access to bees. This makes it much easier than bee-pollinated varieties, their cultivation, since there is no need for special attraction of insects. 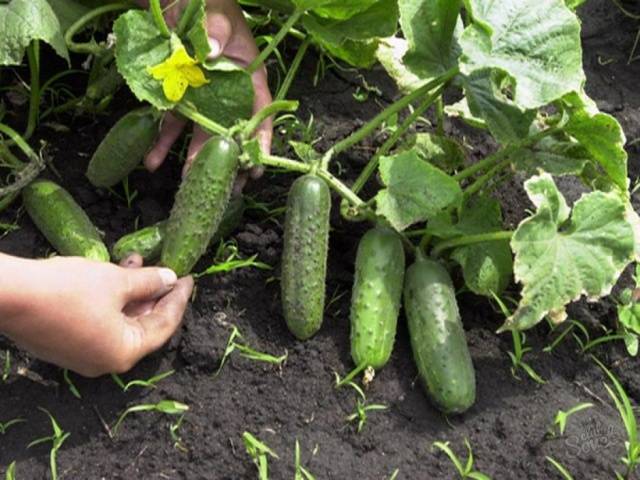 Secondly, and this is more important for the topic of this article, parthenocarpic and self-pollinating varieties are the best suited for open ground in central Russia and even more northern regions of the country. The fact is that the number of sunny and warm days when bees are most active in these regions is small. Therefore, an important plus is the possibility of fruiting on cold and cloudy days. This is what distinguishes the self-pollinating varieties of cucumbers, which have long been recognized as the best for central Russia.

The best varieties of self-pollinated cucumbers for open ground

Currently, there are many hybrids of self-pollinating cucumbers, among which there are both early and late. But given the need for cultivation in the open field, early varieties of cucumbers in domestic conditions are in great demand and popularity.

The April F1 hybrid is one of the most widespread and popular for most regions of Russia. 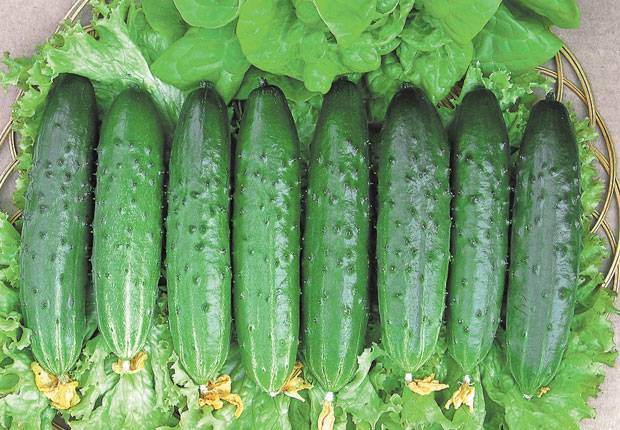 It is highly resistant to cold temperatures as well as resistance to mosaic virus and olive spot.

This combination of qualities allowed the hybrid to receive not only wide distribution, but also well-deserved recognition among gardeners. The fruits are distinguished by the presence of characteristic large tubercles, ending in white thorns, have a classic dark green skin and white flesh.Cucumbers are quite large, often exceed 20 cm in length, while reaching a weight of 200-250 g. Up to 8-12 fruits can form in one node. The ripening period of the first fruits is no later than 50 days. The hybrid belongs to the universal, showing excellent taste when used in any form. The seeds of the hybrid are commercially available.

Hybrid Herman F1 is rightfully considered one of the the most productive among cucumbersgrown in the open field. Refers to early ripening (the first harvest appears after 45 days) parthenocarpic varieties. 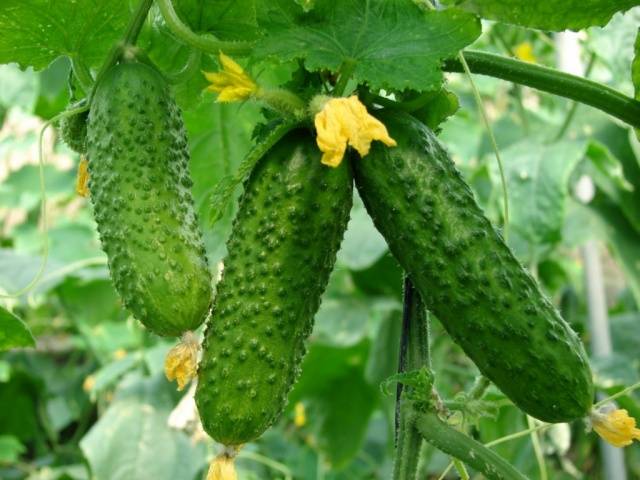 It differs from other high-yielding hybrids in stability from year to year, which, among other things, is achieved by high resistance to several common diseases at once: cladosporia, both types of powdery mildew - false and common, mosaic virus.

Cucumbers have a very pleasant and bright green color, large tubercles. The fruits are not large, their weight rarely exceeds 100 g, and the length is usually 8-10 cm. In one node, as a rule, no more than 6-7 fruits ripen. The hybrid, like the previous one, is universal, which makes it even more attractive for gardeners. Hybrid seeds are produced by many leading seed farms. 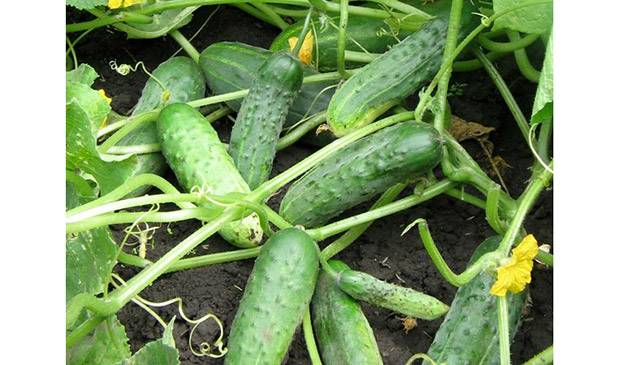 Hybrid Druzhnaya family F1 is considered one of the most stable varieties, the yield of which depends little on climatic and weather conditions. In addition to resistance to temperature extremes, the hybrid is highly resistant to most viral and fungal diseases that are most common in domestic conditions. Cucumbers have a characteristic white pubescence and a large number of tubercles, a pleasant and discreet light green color. Fruits rarely exceed 12 cm in length with a typical weight of about 90-95 grams. The hybrid brings the first crop already on 43-48 days, if you count from the moment the sprouts appear. According to the method of use, it is classified as universal, allowing its use in salads, canning and salting. The number of fruits in a node can vary greatly and ranges from 4 to 8 pieces. Hybrid seeds are easy to obtain from most specialty stores. 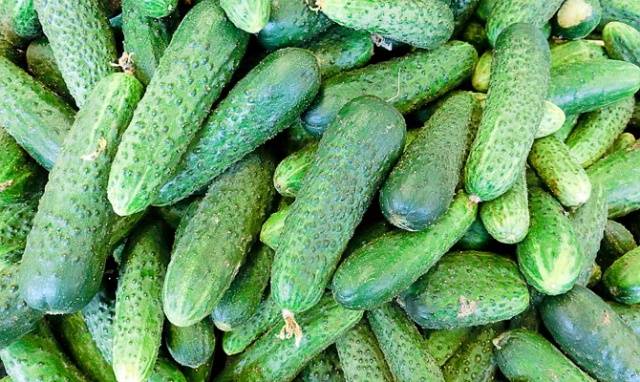 Hybrid Zozulya F1 - self-pollinated and early maturing (the first fruits can be harvested on the 40th day), a variety of cucumbers, while partially parthenocarpic... And this is not its only feature. In addition, it has excellent resistance to disease and viruses. Cucumbers are large enough, often reaching 22 cm in length and 300 grams in weight. Fruits of a distinct classic green color with large tubercles. The hybrid is universal in the way it is eaten. Since the fruits are large in size, there are rarely more than 2-3 pieces of them in one node. The seeds are found in many stores specializing in this topic.

The Claudia F1 hybrid differs from others in its pronounced very strong weaving of leaves, despite the fact that their number is not very large. It is, along with German F1, a high-yielding. This is achieved by resistance to most diseases and low dependence on climatic conditions. The fruits are small (in length - no more than 12 cm, weight - 85-90 g) and the shape of an ellipse, the surface of the cucumbers is covered with a large number of small tubercles and white pubescence. Despite the fact that cucumbers do not reach significant sizes, their number in a node rarely exceeds 2-3 pieces. Hybrid seeds are readily available and commercially available. 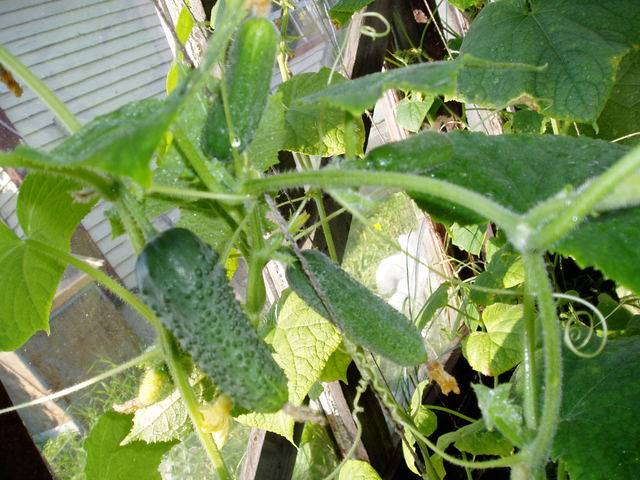 Ant F1 hybrid is parthenocarpic an ultra-ripe variety of cucumbers for open ground. The first cucumbers ripen at 35-39 days. The plant is characterized by a bunch type of flowering and slight branching. The fruits are usually small in size (reaching 12 cm in length), large tubercles and a regular cylinder shape. The popularity of the hybrid brought its resistance to almost all diseases that are widespread in domestic conditions.It is not difficult to purchase hybrid seeds in specialized stores. 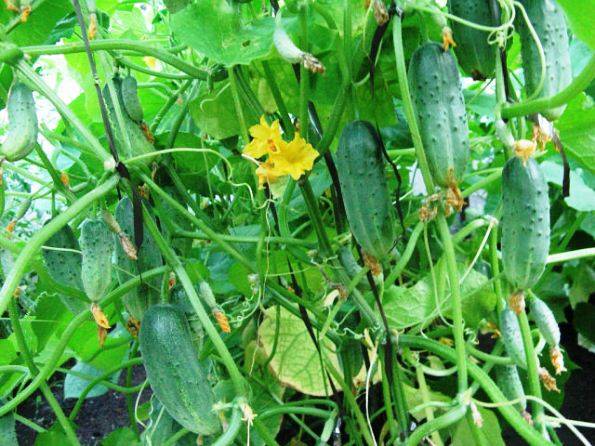 The Masha F1 hybrid is in many ways similar to the previous one (ultra-early maturing, parthenocarpic, cluster type of flowering, resistance to many viruses and diseases), but has several differences. First, it has a higher yield. Secondly, it bears fruit with cucumbers, which are the size of gherkins, that is, up to 8 cm long. 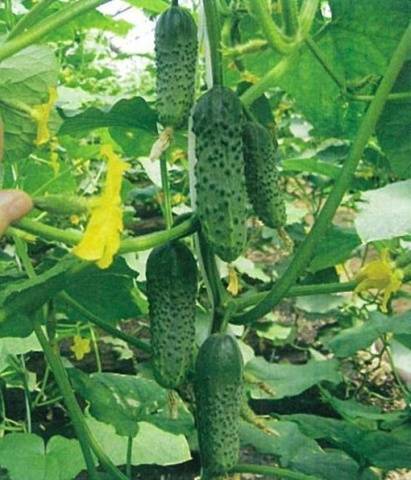 Fruits at the genetic level are devoid of even a hint of bitterness, have excellent taste properties, which are manifested both fresh and when canned.

A large number of self-pollinating hybrids and varieties of cucumbers for growing in the open field makes gardening even more fun, interesting and, importantly, useful. It is the competent use of the properties and qualities of the available plant varieties, when the best seeds of the most suitable varieties are taken, that allows you to achieve the best yields and excellent taste of the fruits.