Anyone who has picked mushrooms at least once knows that every specimen can turn out to be wormy. This is not unusual. Fruiting bodies are nutritious food for many insects, more precisely for their larvae. Worms in porcini mushrooms (or boletus), perhaps, are the most unpleasant "surprise" for lovers of quiet hunting. However, there are methods that can help solve this problem. 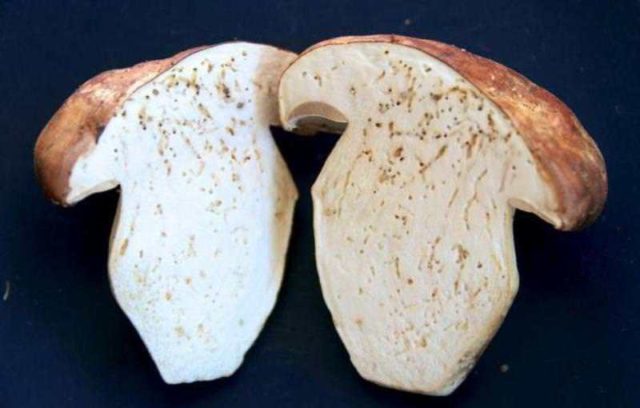 Can a porcini mushroom be wormy?

According to research by mycologists, almost all representatives of the forest kingdom belonging to the edible (including porcini mushrooms) can potentially be wormy. Even the toxins contained in them, which can cause serious poisoning of the human body, are harmless to insects.

Important! The only edible mushroom that does not contain worms is chanterelles. The toxin they contain is deadly poisonous for both larvae and adult insects.

Why are porcini mushrooms wormy

As soon as the fruit bodies emerge from the ground, they are immediately attacked by mushroom gnats or sciary flies. These are small insects, up to 0.5 mm in size, living in large numbers in forests. 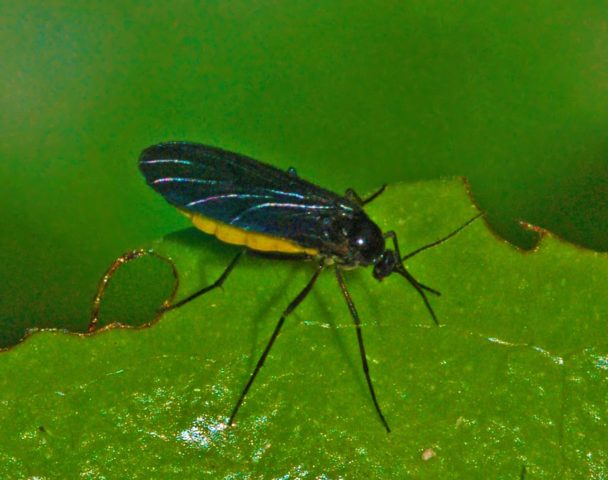 Adult specimens do not bring any harm to fruiting bodies, since they have a sucking mouth apparatus that is not adapted for the consumption of rough food, which is the pulp of legs or caps. But already their larvae, emerging from eggs after a few days, have such a structure of the oral cavity that they are able to feed on mushroom pulp.

Worms are much larger than adult insects (their size is about 8-10 mm) and have a very high rate of food consumption. In just 3-4 hours, several specimens are capable of completely ruining a high-quality young boletus.

Worms are happy to eat porcini mushrooms, since it is in them that the protein concentration is maximum. In boletus, it can be up to 30%. In addition, it is their fruiting bodies that contain sufficient amounts of carbohydrates, amino acids, fiber and essential oils. All this makes boletus one of the most attractive worms.

Roughly speaking, of the entire mushroom kingdom, boletus for worms is the most delicious. In addition, they are loved not only by insect larvae, but also by other animals, mainly rodents and birds. For example, squirrels most often prepare their own stocks for the winter mainly from them.

For mushrooms, the presence of worms is not evil. On the contrary, thanks to the larvae, they reproduce. By eating the fruiting body, they contribute to a more rapid spread of spores. Eating the flesh of the cap, the worms "shake out" the spores from the hymenophore.

How to identify a wormy porcini mushroom

Determining whether the boletus is wormy or not is quite simple. You just need to look at its cut point. The presence of parasites will be indicated by numerous round holes, pits and passages, which are perfectly visible on the cut. 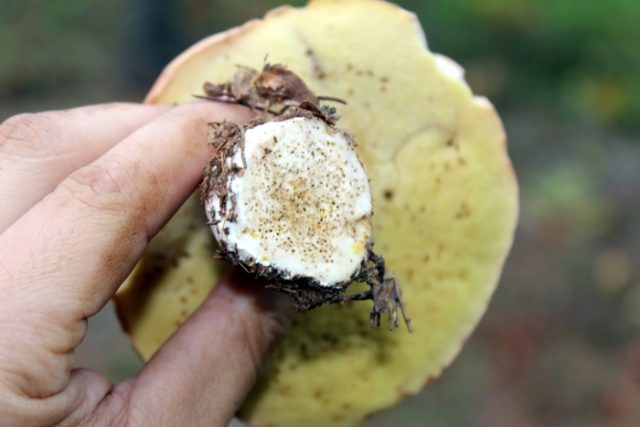 Depending on the number of holes, irregularities, moves and other things, the degree of damage to the boletus by worms is determined. If it is replete with a large number of holes and "holes", it is left in the forest. Older fruiting bodies are usually too wormy, although there are exceptions.

In dry and sunny weather, mushroom flies and mosquitoes are more active and lay many eggs. On the contrary, if the weather is cloudy and rainy, the number of wormy boletus is significantly less.

What to do with a wormy mushroom

In this case, the following options are possible:

Is it possible to eat wormy porcini mushrooms

The presence of worms in porcini mushrooms does not make them poisonous. Their fruiting bodies can be eaten if properly processed beforehand. It should be understood that not only the larvae themselves will have to be removed from the fungus, but also the products of their vital activity.

These procedures involve the presence of a liquid, for example, water, which could penetrate into all the pores made by the worms and wash out all the excess components in it from the fruiting body. Given the small size of the passages made by the worms, we can talk about a rather long exposure to the liquid used to clean the mushrooms. That is, the process of removing worms and the consequences of their activity will not be quick.

Is it possible to dry wormy porcini mushrooms

Drying of porcini mushrooms leads to a decrease in the amount of moisture in them, which significantly impairs the attractiveness of the fruiting body for larvae. If a person, eating dried mushrooms for food, can take as much water as he wants from the outside in order to restore their softness to the fruit bodies, then the insect larvae simply have nowhere to take this water.

Consequently, dried boletus becomes inedible for worms, and they try to leave them. Therefore, drying is used as one of the ways to remove worms.

How to remove worms from porcini mushrooms

To get rid of unwanted "guests" in boletus, you do not need to make significant efforts. It is enough to carry out a relatively simple processing to get rid of the worms in porcini mushrooms. There are two main ways you can do this.

The first method is to process wormy porcini mushrooms with salt water. For its implementation, it is necessary to cut the fruit into large pieces (2-3 cm thick) and simply fill it with a solution of salt water. The salt concentration is 1-2 tbsp. l. for 1 liter of water. 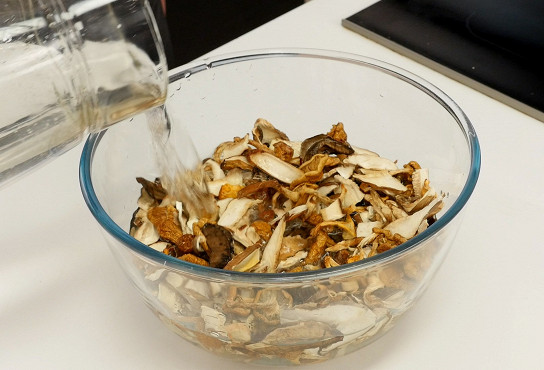 It takes 2-3 hours to soak porcini mushrooms from worms. After the end of such a procedure, all insect larvae leave the fruiting body and float to the surface. Moreover, such a concentration of salt can kill them. The cut fruit bodies are removed from the container, and the solution itself is drained.

Important! In no case should the water be drained, leaving the fruit bodies in the container. However, some worms may remain on the bottom of the dish.

After the porcini mushrooms are removed from the saline solution, they are washed, slightly dried and cooked in any way: boil, fry, pickle, salt, etc.

The second way you can get rid of worms is with the most common drying. Literally 2-3 days after its beginning, the fruiting bodies will slightly tilt, and the insect larvae will leave them on their own, since the environment for their existence will no longer be so nutritious. Dried boletus simply needs to be rinsed thoroughly before using. 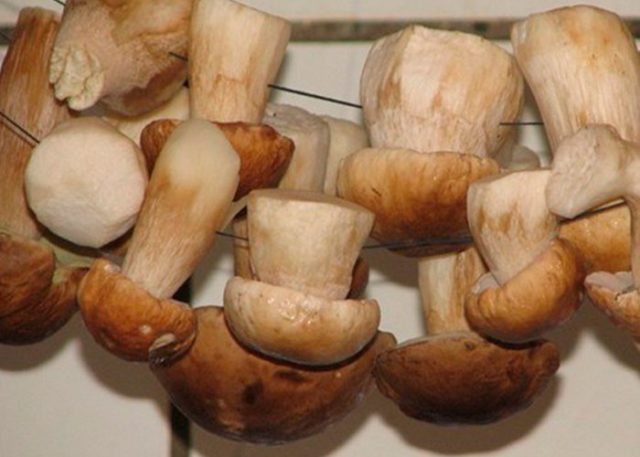 Worms in porcini mushrooms are common and should not be treated as a serious problem. We can say that for this species this is a normal state, since the taste qualities of boletus are very attractive for insect larvae. It is relatively easy to expel worms from porcini mushrooms - it is enough to soak the fruit bodies in a saline solution for 2-3 hours or simply dry them.