The gardener's calendar for December will tell you the best time, according to the movement of the moon across the sky, for sowing plants in greenhouses or forcing greenery on windowsills. Finding a satellite of the Earth in a certain position in relation to the signs of the zodiac and its phases affect the development of all plants even in December, the dormant period for most cultures. 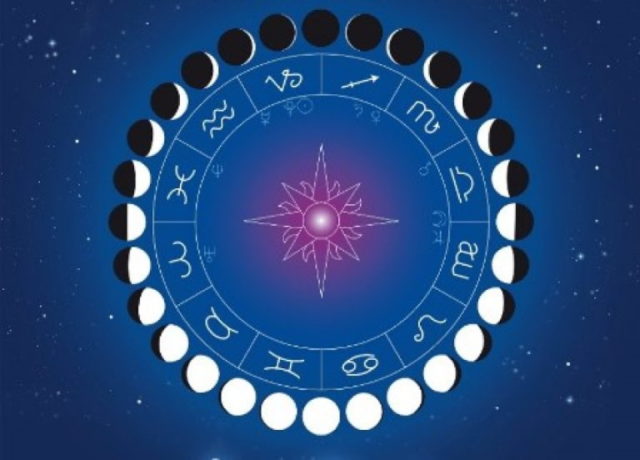 Gardeners follow the calendar and the lunar phases, and the change of signs of the zodiac

In December, the rest time for most gardeners, there is some work ahead of checking the shelter of perennial flowers or sub-winter vegetable crops. After winter storms, you should also monitor the condition of the crown of trees, especially those that succumbed to strong gusts of wind.

The lunar calendar for gardeners is compiled by astrologers, taking into account the phases of the moon, which affects plants. The influence of the Earth's satellite on all life on the planet is based on the same postulate as the long-proven relationship in relation to the rhythms of ebbs and flows in the world's oceans. Gravitational phenomena are also reflected in the process of plant development in any season. Planting on favorable days of the calendar affects friendly shoots, rapid growth of shoots, and the formation of fruits:

When compiling a calendar, take into account the passage of the moon relative to the signs of the zodiac. On unfavorable days, work on the site can result in damage to plants, slowing down their development or disrupting the energy balance.

Important! As the folk experience confirms, on the day of the new moon in December, crops grown on the windowsill are not sown.

Table of favorable and unfavorable days

According to the table, they are guided when planting crops will lead to the expected rich harvest.

Attention! For planting perennials in a greenhouse in December, it is preferable to choose a day when the moon increases, close to the full moon. 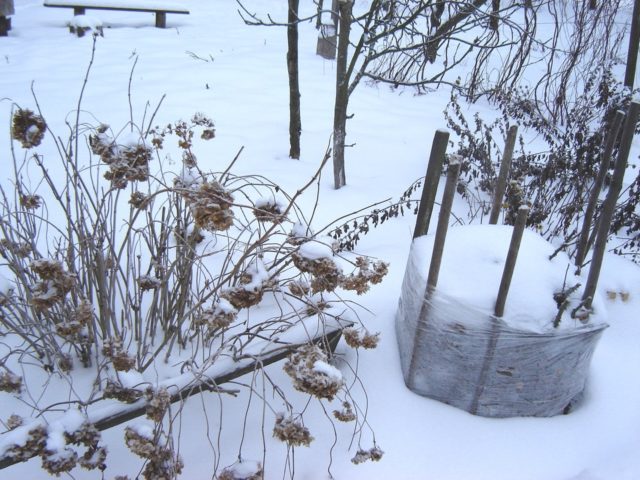 It is important in December to insulate the bushes with snow, and in the spring to disassemble the caked pile

December for gardeners and gardeners is a troublesome month for caring for trees and perennial crops. The state of young seedlings is especially monitored during the snowless period.

If there is no snow, and the temperature in December is mostly below zero, gardeners mulch the plants so that the root system does not freeze:

Spruce branches or dry plant residues are placed on top. After a blizzard, the base of shrubs and young trees is covered with snow. The branches damaged by the storm are cut off according to the favorable dates of the calendar. They correct the protection from rodents placed on the trunks of fruit crops and the nets that protect the buds on the crowns of honeysuckle from wintering birds.

Some amateur gardeners continue their activity, growing greens on the windowsill, guided by the data of the lunar calendar. Greenhouses also have a hot season - forcing greens for the New Year holidays.

According to the calendar, onions and garlic are planted or put into the water for distillation on December 6-10, 14-15, 19-25, 27 and 31 December. For sowing seeds of mustard leaf, watercress and other green crops, 3-10, 14, 19-23, the second half of December 27 and the whole day on December 31 are suitable. On these dates, the germination of cereal seeds begins for the consumption of valuable vitamin products. The moon in the sign of Libra, starting from the afternoon of the 19th to 16:00 on the 21st, is a favorable period for planting root crops for forcing greenery.

Advice! Seedlings of dill, parsley, lettuce are illuminated in December up to 12-14 hours a day.

There are short days in December, but there is still enough light to grow green onions. Gardeners install phytolamps over leaf crops, turning them off for a short period closer to lunch. The optimum temperature is 20-23 ° C. Indoor beds do not overwet. When planting, on successful days according to the calendar, pallets are installed, drainage is placed on the bottom of the containers. For plants, the atmosphere at home is usually a little dry. If there is no humidifier, wide vases of water are placed near the pots. The leaves absorb moisture when the water evaporates and remain fresh.

Works on the site

In the gardener's winter calendar, there are enough activities for caring for the garden and plot. In order to achieve bountiful harvests, on days when according to the calendar they do not work with plants, shields for snow retention are installed in the gardens, which will bring additional moisture in the spring. After a snowfall, snow is poured into the open off-season greenhouses for the same purpose. Gardeners know that after such measures, the frozen soil contains fewer organisms harmful to crops. And the open area is saturated with moisture. The folk experience was reflected in the proverb: a thick layer of snow, a cover of frost on the branches, frosts that bind the earth in December are the harbingers of rich and clean bread.

In heated greenhouses, gardeners carry out watering and liquid fertilizing of crops according to the calendar. When the soil is slightly dry, the top layer in the boxes is loosened. Seedlings dive on favorable sowing days, referring to the lunar calendar. 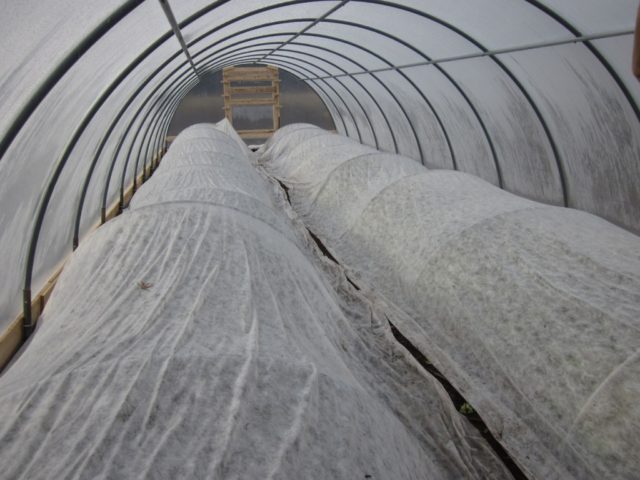 In severe frosts in December, gardeners cover the greens in the greenhouse with agrofibre

When the calendar indicates the passage of the moon relative to such signs of the zodiac as Leo or Aquarius, it is advisable not to sow or fertilize the plants. In December 2019, gardeners can take a break from these types of work 15-16, as well as from 28 to 31. On these dates, as well as at the beginning of the new moon and full moon periods, when the Earth's satellite is just entering these phases, there are days of rest for gardeners.

The gardener's calendar for December provides useful information that you can listen to, but not strictly follow. By choosing dates suitable for growing plans, and focusing on weather conditions, they get a rich harvest. It is important to take into account the so-called lunar rest days, when any action with garden crops is undesirable.