FROM miracle shovel Not many people are familiar, but among avid gardeners it is in demand. The tool consists of two parts forks. During operation, the movable segment raises the soil with its teeth and loosens it against the pins of the stationary part. Now we will look at what a wonderful Tornado shovel looks like, as well as a manual cultivator from this company.

Getting to know the instrument 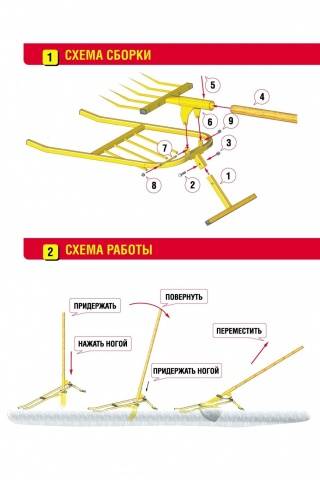 If someone already has a miracle shovel Mole or Plowman at home, then you can see that the design of the Tornado is practically no different. The company produces many different tools for household work. A shovel and a hand cultivator are intended for loosening the soil, as well as removing the roots of weeds.

The Tornado shovel reduces the effort required to dig the soil by 10 times. In this regard, there is less tension in the muscles of the lower back. This is achieved due to the fact that when raising the earth, the force must be directed down, and not up, as is the case with a bayonet shovel. The tool has long been appreciated by the elderly, and now it has become popular among the younger generation of gardeners and gardeners.

The miracle tool Tornado allows you to loosen even hard or dry soil to a depth of 23 cm. In one pass, you get a finished bed about 50 cm wide, but no more. Such results are due to the limitation of the working part of the shovel. If you need a bed of greater width or you are digging a garden, then the required number of strips pass through the ripper.

In addition to loosening the soil, the pitchfork pulls the roots of the weeds to the surface. Moreover, the teeth do not chop them into pieces, but are removed whole, which prevents vegetation from further multiplying in the garden.

Important! With a Tornado shovel, you can loosen virgin soil, provided that it is not overgrown with wheatgrass.

The miracle tool Tornado consists of three main parts: working forks, a stationary frame with forks, back and front stops, and a handle. The tool is easy to disassemble and assemble. The shovel is compact when disassembled. You can take it with you to the dacha in your bag. In the event of a breakdown, a spare part can be bought at a service center or made by yourself.

Operation of the miracle shovel Tornado

It doesn't take much experience to use the Tornado shovel. The main working unit is a steel frame with movable forks. The teeth of both elements are located opposite each other. When the pins of the opposing forks converge, the soil on them is crushed into small pieces.

You need to start digging the soil with a shovel with a vertical installation of the cutting. In this position, the teeth of the working forks sink into the ground. Of course, to do this, they need to be helped by pressing down on their feet until the bar of the backgauge touches the ground. Further, it remains to pull the handle towards you, gradually pressing down. Resting on the back stop, the working forks will go up, lifting the layer of earth and destroying it against the counter teeth on the stationary frame. After that, the shovel is moved back to a new area and the actions are repeated.

Important! It is necessary to dig up the ground with a Tornado shovel, moving backward along the site, that is, backwards.

Doctors about the miracle shovel 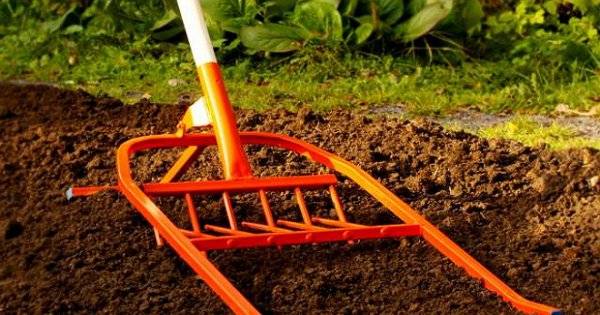 The Tornado shovel has long gained popularity among summer residents. Interestingly, many doctors also speak positively about this tool. Remember how digging occurs with a bayonet shovel. In addition to the efforts of the legs, a large load is placed on the spine and hip joint. This is especially unacceptable for people who have scoliosis and other similar diseases. The miracle shovel does not require a person to bend to the ground and lift the soil in order to turn it over.It is enough just to tilt the handle towards you, while the back remains level.

In the video, doctors talk about the miracle shovel:

Why it is worth changing the bayonet shovel to a Tornado 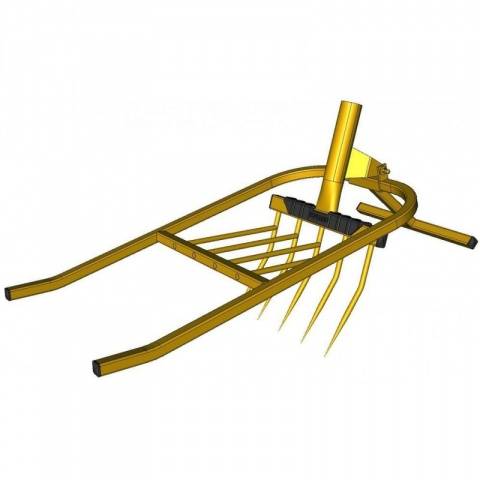 And now, as a summary, let's look at why the bayonet instrument needs to be changed to a Tornado:

There are many more advantages, but it is important to take into account the main advantage of the Tornado over a bayonet shovel: the ripper reduces the load on the spine by 10 times and makes it easier to work in the garden. 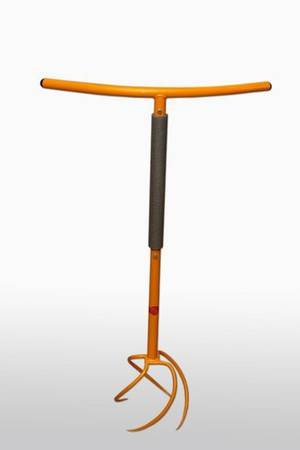 In addition to the miracle shovel, the Tornado firm also produces a rather interesting cultivator - a hand cultivator. It consists of a central rod. It has a T-shaped handle at one end and counterclockwise sharp teeth on the other. All elements are bolted together. 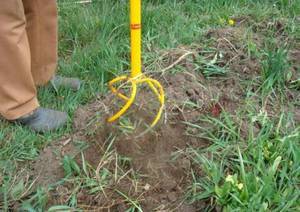 The cultivator is intended for loosening the soil to a depth of 20 cm. It is convenient to work with the tool around trees, under the branches of bushes, and you can even dig holes for planting plants. The spirally wrapped teeth perfectly pull the roots of the weed out of the ground. Summer residents have adapted the cultivator for aerating the lawn, collecting dry leaves and grass. 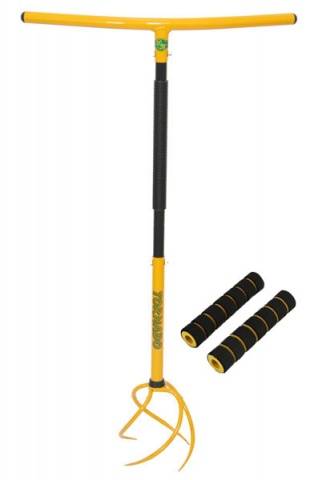 The length of the Tornado cultivator can be adjusted to the height of the worker. For this, the manufacturer has thought out a device for an adjustable central rod. The tube has a series of holes. You just need to pick up one of them and fix the barbell. 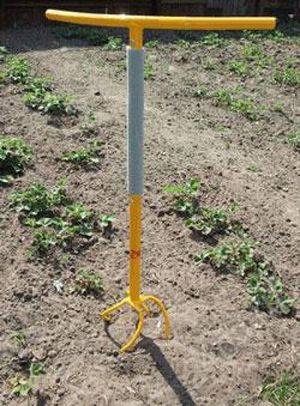 Before starting work, the cultivator is placed with its tines on the ground. Further, the handle is tilted to the left, after which a clockwise rotational movement is performed. Sharp teeth easily dive into the soil, loosen it and wind up the grass roots. Without turning the handle back, the cultivator is taken out of the ground, and then rearranged to a new place, where the process is repeated again.

Now is the time to read the reviews of people who have been working with such rippers for a long time.

Tatyana Nikolaevna, 57 years old
My first purchase was the Tornado miracle shovel. The invention met all my expectations, although I still feel tired. I bought the cultivator only last year. It is more convenient for them to loosen the soil in the garden around fruit trees.
Vladimir, summer resident, s. Revyakino
All my garden tools are from the Tornado manufacturer. The miracle shovel somehow did not suit me. But I always take a hand cultivator with me when I need to loosen the ground in the beds or in the garden under the trees. This spring I even tried to scroll the holes for planting strawberries. It turned out great.
Recommended entries
Miracle Shovel Plowman
DIY miracle shovel + drawings
Telescopic roof snow shovel
How to choose a snow shovel on wheels
Super Snow Shovel
Fiskars snow shovel
Telescopic snow scraper
Scraper-scraper Snowxpert 143021
Electric snow shovel
Give feedback Cancel reply
Lunar
calendar 2021
January February March April May June July August September October November December
Recommended entries
Scraper-scraper Snowxpert 143021
How to dig up the earth by hand: with a shovel, quickly, easily, a miracle shovel, in spring, autumn, photo, video
How to choose a mechanical snow shovel
Miracle snow shovel with auger