The table of cattle meat yield from live weight makes it possible to understand how much meat can be counted on under certain conditions. It is useful for novice livestock breeders to learn about the factors affecting the final amount of production, the possibility of its increase, and, conversely, to understand what contributes to a decrease in the yield of cattle meat. 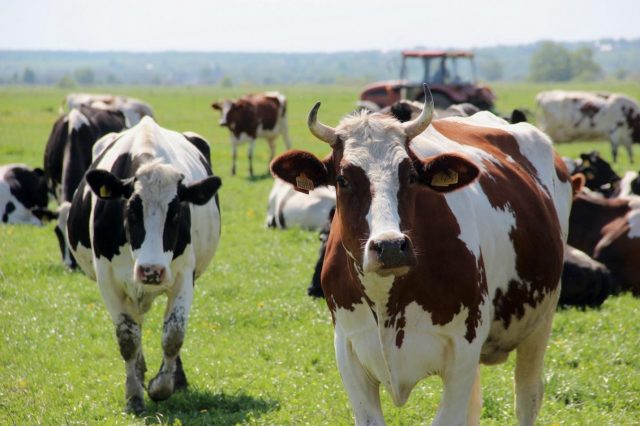 What is slaughter weight and lethal output

Often, characterizing the productivity of cattle, the term “slaughter meat yield” is used. For many novice breeders, this concept is a real mystery, since not everyone knows what exactly this terminology means. In fact, this concept is due to specific meanings and clear wording. Slaughter weight can vary, which is influenced by the breed and type of pet.

To calculate the parameter it is necessary to deal with one more term - “slaughter weight of an animal”. It is a mistake to assume that this value is equal to the mass of a live bull or calf, since a number of body parts are removed from cattle after slaughter:

After cutting the carcass and removing the listed parts, the slaughter weight of the animal is determined.

Attention! Cutting beef must be done according to certain rules. You can get a high-quality carcass only if they are observed.

After that, you can start calculating the slaughter yield of meat, remembering that this concept is also related to the live weight of cattle (the bull is weighed before slaughter) and is indicated as a percentage.

The following factors directly influence the output of products:

Attention! To obtain high-quality meat carcasses without large mass losses after slaughter, it is necessary to follow the rules for slaughtering the animal. 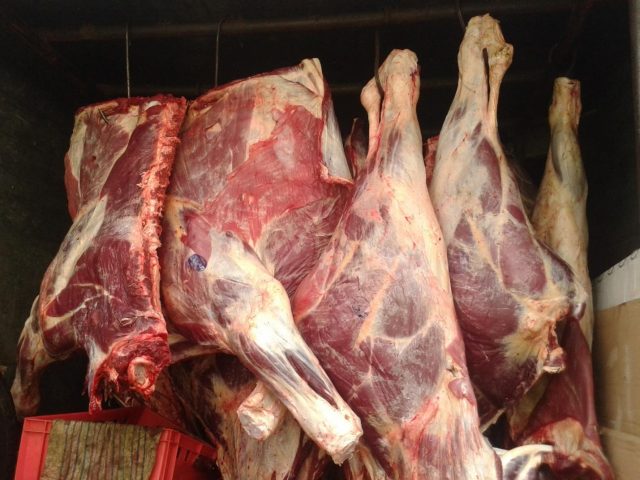 Since the live weight of cattle and the final meat yield are interrelated, some standard indicators need to be known. Each breed has its own characteristics, but all representatives of cattle are united by one thing - the muscles grow in bulls only up to 18 months, then a layer of adipose tissue begins to grow in their place. Therefore, in animal husbandry, bulls are most often raised for slaughter only up to one and a half years.

Average values ​​of slaughter and quality of meat products of different breeds of bulls at the age of one and a half years. The table shows the average statistical indicators that you should rely on when choosing a particular breed.

The meat yield indicated in the cattle table allows you to find out the average value of the finished product, which a breeder can count on when purchasing and growing a particular breed, taking as a basis the live weight of a particular animal.

How much meat is in a bull

It is known that it is bulls that are most often bred for slaughter and for obtaining meat products. This is due to their anatomical features. Therefore, it is important for novice livestock breeders to know how much a live bull can weigh, how the body condition of the animal is assessed, and what it depends on.

There are several categories of cattle body condition:

Representatives of the first two categories are selected for slaughter. Gobies from the third category are discarded.

Attention! Calves can also be slaughtered. Upon reaching 3 months of age, they are visually inspected. Its task is to determine the possible amount of meat. Pay attention not only to the real weight of the animal, but also to the physique of the calf.

The Live Weight Table of Cattle Meat Yields is a visual aid for breeders to understand the dependence of the expected production on numerous factors.