How much does the pig weigh

The weight of pigs is a very important indicator that determines many aspects of the life of an animal. The type of its diet depends on how much the pig weighs, the dosage, the appointment of drug treatment, if necessary, and also this indicator is used to judge the health and normal development of the animal as a whole.

The severity of a pig is a very informative indicator in zootechnics, by which one can judge the following factors:

Based on accurate indicators of the severity of the pig, breeders can correctly determine the regime and type of nutrition, which directly affects the increase in mass indicators, the prevention of obesity and the improvement of the taste criteria of the pig meat before slaughter.

Thus, the severity of the pig is a parameter by which the normal development of the animal is monitored and checked, the correctness of the conditions for its maintenance and feeding. 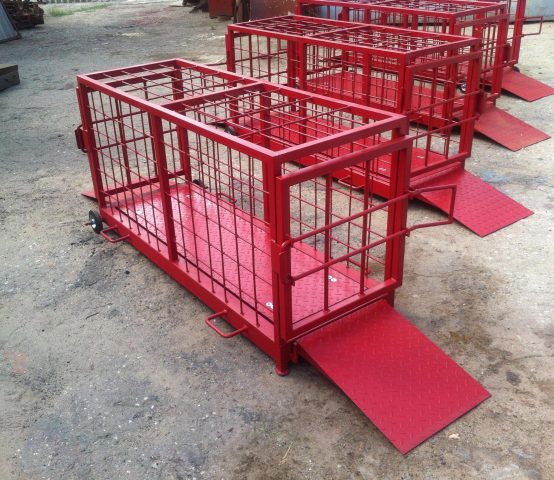 What determines the weight of a pig or piglet

The mass of an adult body depends, as a rule, on several of the following factors: 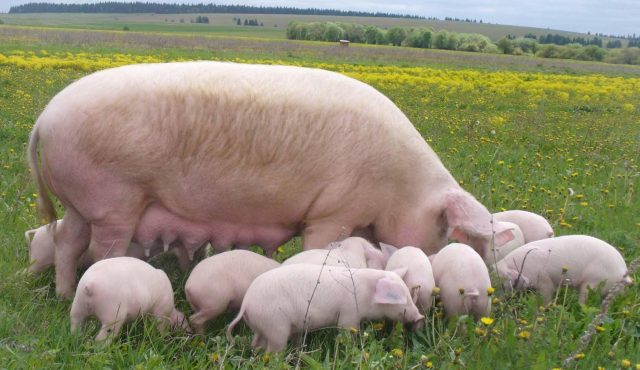 In young organisms under the age of 30 days, the character of the increase in kilograms is influenced by the milk indicators of the sow, since the piglets are in the suckling period of their development.

Important! The number of individuals in the litter also affects the initial indicators of the weight characteristics of young organisms: the more piglets are born, the less each of them will weigh at birth.

How much does an adult pig weigh

The average weight of an adult pig directly depends on its breed and on the direction of its productivity.

You can determine how much a pig weighs on average using the following table:

How to find out the weight of a pig by weighing

The easiest way to determine the weight of a pig is to use a scale. If we are talking about a young organism, then ordinary household scales are suitable, however, to weigh an adult animal, a specialized scale is required. Electronic scales have advantages in all respects in this regard. They represent a cage equipped with two doors: one animal enters in, and exits the other. This cage is equipped with special sensors that allow you to accurately determine the severity of the body.

In order to determine the weight of the pig, it is placed in a cage. As a rule, all scales are equipped with a special approach, along which the animal climbs into the weighing cabin on its own. After that, the sensors calculate the mass, and the result is displayed on the electronic display. After completing the weighing process, the balance must be carefully cleaned and, if necessary, disinfected.

Any measuring instruments that are used for weighing (regardless of whether they are mechanical or electronic) must meet the following parameters:

How to measure the weight of a pig in quarters

You can determine the weight of a pig without weights using the quarter method. This is a very rough and imprecise way of determining the severity of an animal. The quarter is the distance that forms between the wide-spaced thumb and forefinger. Depending on how many of these quarters can be counted from the back of the head to the tail of the piglet, so much will be its weight.

One quarter is equal to one pound of meat, that is, to 16 kg.

Thus, the formula for calculating a quarter will look like this:

The method is very imprecise and it is recommended to use it in the most extreme cases, when it is not possible to determine the severity of the pig by other methods.

It is rather difficult for one to carry out these manipulations, given that several conditions must be met without fail:

In order to determine the exact weight of a piglet without weights, you need to use the table and the figures obtained as a result of the measurement are simply compared with the data presented in it. 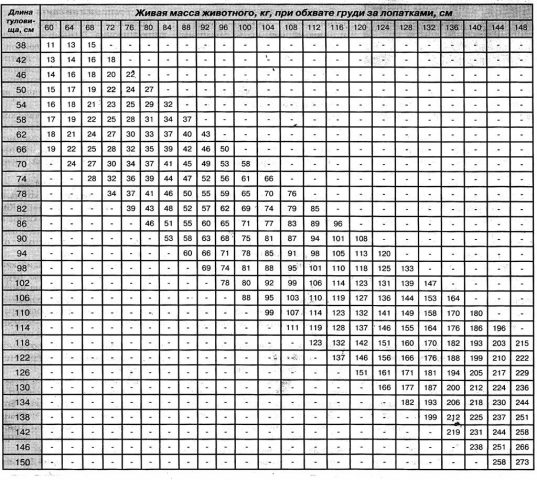 There are 2 formulas by which you can also determine the severity of a pig, knowing only a few indicators and taking into account several additional factors.

The degree of fatness is determined by eye. After its determination, the calculation of gravity is carried out according to the formula: Live Weight of the pig = chest circumference x body length / body condition coefficient.

How to find out how much a piglet weighs

In order to determine the weight of a young pig, the easiest way is to use a scale. 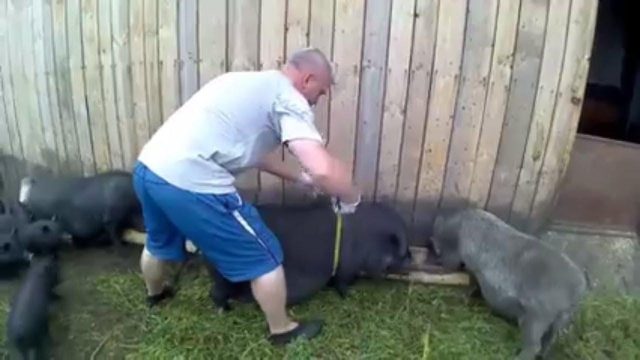 You can find out the weight of a piglet without weights from the following table, which shows the average data for the weight of young animals:

Important! If the severity indicators of young individuals differ greatly from the weight of the piglet according to the table, the diet and diet of the animal should be changed and immediately shown to the veterinarian.

You can find out the weight of a piglet at each week of its development by referring to the table below.

Important! The mass of a young animal depends on many factors, ranging from its birth (childbirth should take place without pathologies) and ending with the correct conditions for keeping and feeding.

It is quite simple to find out the weight of the pig from the table in which the age of the animal is indicated. But such indicators cannot be called the most accurate.

How much should a slaughter pig weigh on average?

Slaughter severity of a pig depends on the breed and age of the animal. The largest breeds of pigs, which can reach 300 kg in weight, must be slaughtered when they reach a weight of 150 kg. Small breeds, the maximum weight of which is 140 kg, are slaughtered in revenge in 80 kg. With regard to the age criterion, it should be said that pigs are usually slaughtered after they reach the age of 8 - 9 months.

Pig weight is an important indicator used in animal husbandry. According to it, it is possible to determine the state of health of each individual, the correctness of the regimen and balance of nutrition, the dosage of drugs prescribed for treatment. Correct determination of the weight of a pig is the key to the healthy development of young piglets and a high-quality gain in weight of adults.